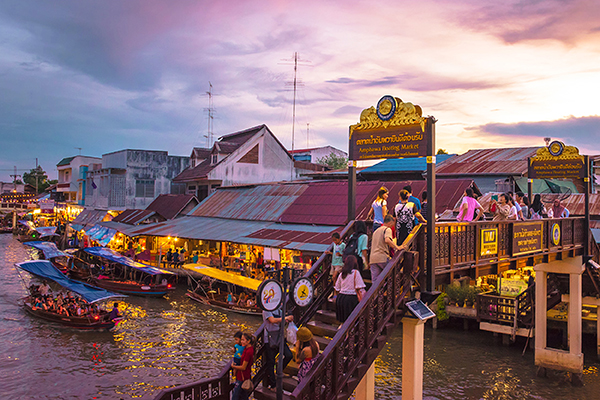 Amphawa is a quaint little town, located approximately 80 kilometres southwest of Bangkok, in Samut Songkram province. This water-based community lies along the Amphawa canal, only 18 kilometres from the estuary of the Maeklong river. It is rich in terms of cultural heritage, traditional architecture, culinary arts and ancestral ways of life related to water.

One of the most famous attractions in this area is the Amphawa Floating Market with its beautiful wooden houses along both sides of the canal. In 2008, this community received the UNESCO Asia-Pacific Heritage Award for Cultural Heritage Conservation. The restoration of this traditional area was a successful cooperation between cofunding local Thai and Danish governments, together with the active support of the local residents, homeowners and the guidance of Chulalongkorn University.

Sunset over Amphawa Floating Market is a beautiful moment, not to be missed. The market comes alive every Friday, Saturday and Sunday, from 2pm to 10 pm. There are enjoyable walks along both sides of the canal, providing an opportunity to sample delicious sea foods, local noodles, Thai desserts, O-liang (iced black coffee), fruits and so many other specialties. When the sun goes down, standing on one of the many bridges allows you to witness a myriad of colour in the skies over the canal.

Other activities at Amphawa Floating Market include shopping, foot massage boat tours and numerous others. During day time, boat trips show you the peaceful lifestyle along Amphawa canals as you pass traditional Thai houses along the banks of the canal. At night time, boat trips take you on an expedition to watch fireflies in cork trees. And there are even boat trips featuring on board foot massage on board!

The area surrounding Amphawa, naturally rich in delicious seafood, succulent fruits and fresh vegetables, is renowned for its mackerel and coconut palm sugar. Another of Amphawa’s specialities is “Guay Tiew Ruea” or Boat Noodles Soup, this dish can be ordered both in restaurants along the canal or from boat vendors, cooking on their boat. Boat Noodles Soup refers to noodles with beef or pork in a thick brown broth which contains cinnamon, star anise and beef or pork blood. Normally the portion of boat noodles is small and you can probably finish the bowl in about 2-3 bites, it cost an average of THB 40.

When evening falls, just walk in one of the many charming old style wooden restaurants, order a cold beer and listen to live country music. As Amphawa Floating Market is also home to the cutest home stays in the area, you can spend the night there: experience life along the canal for one night or more, sleep in one of the many traditional wooden houses and, the next morning, wake up early and join house owners in offering alms along the river: this tradition has been practiced for hundreds of years by the people living along Maeklong river, which nowadays can still be witnessed at Amphawa. 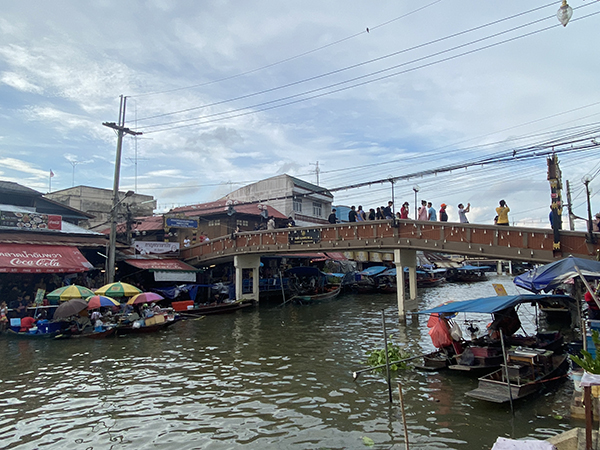 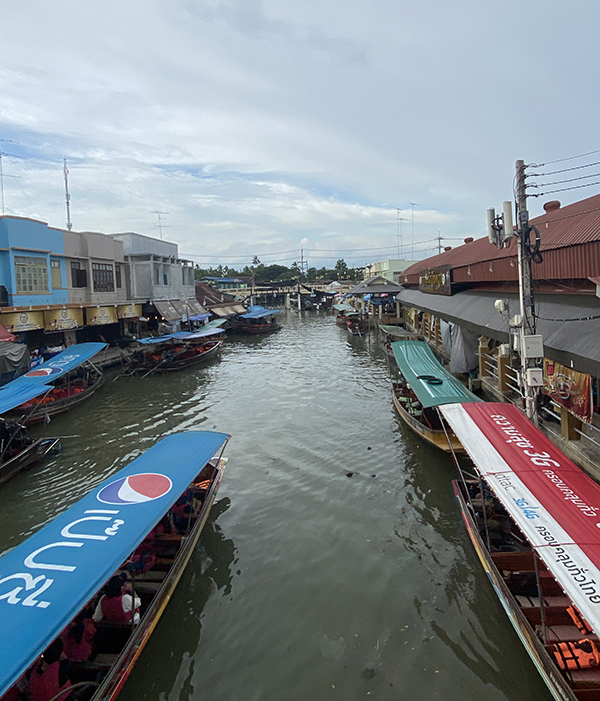 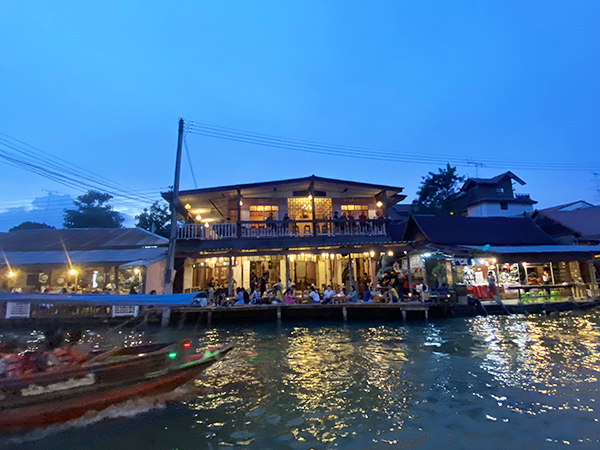 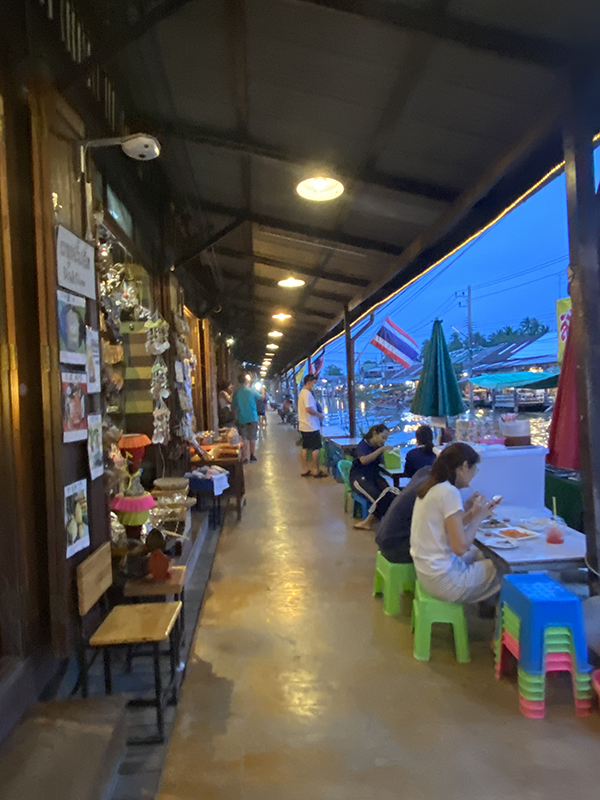 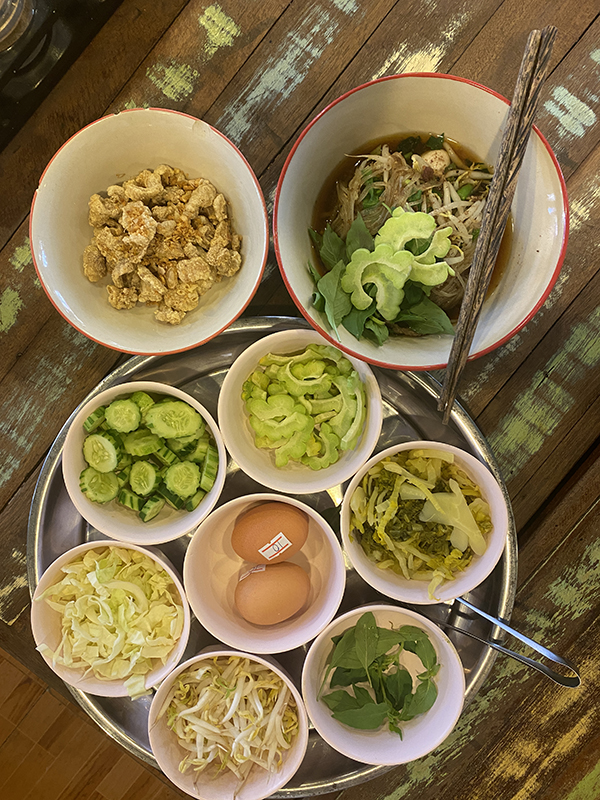 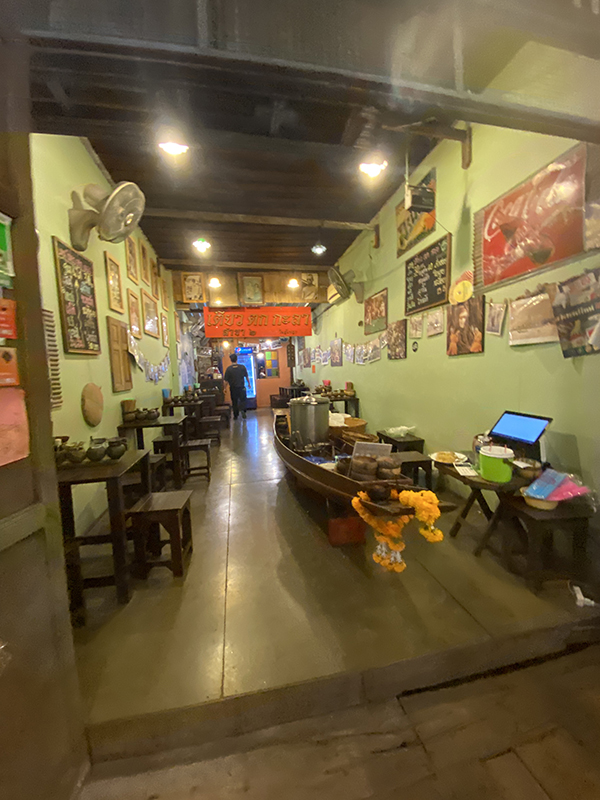 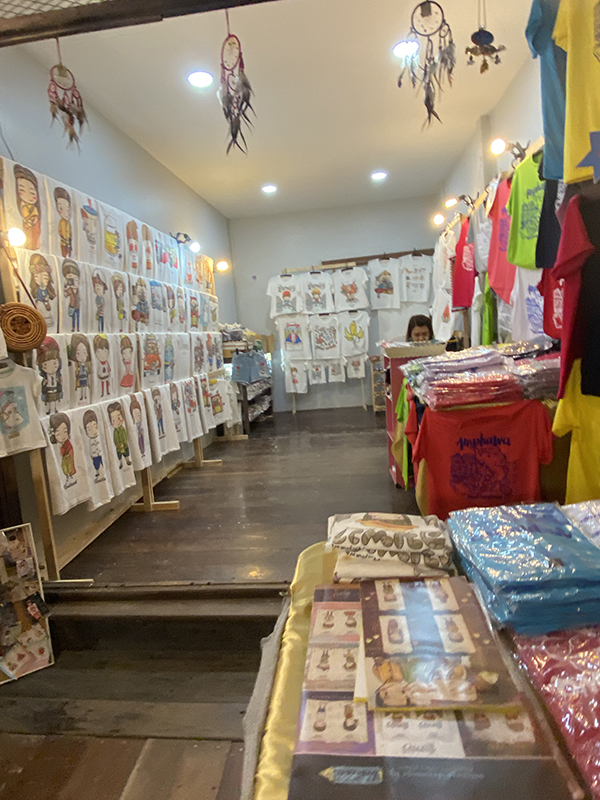 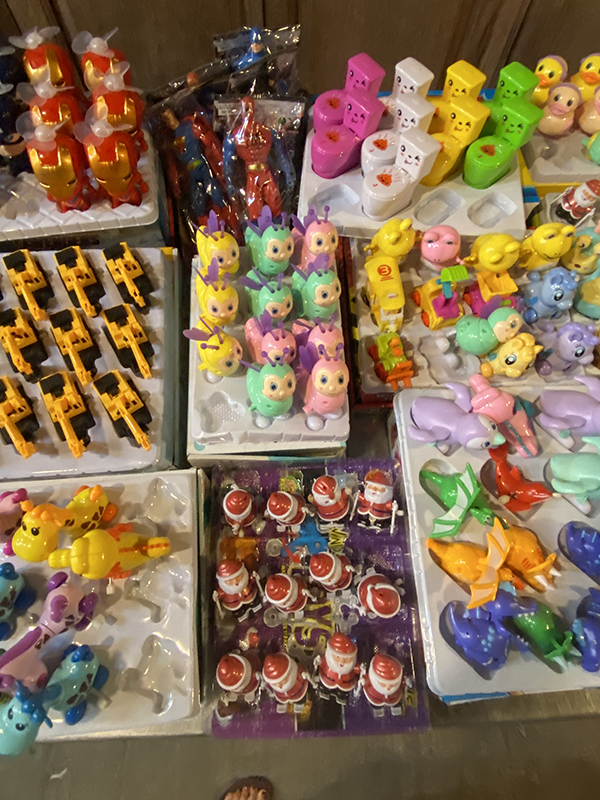 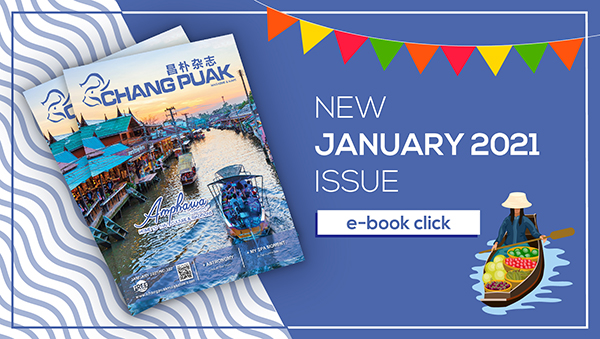