Behind the Satin Curtains - HERITAGE THE CHINESE OPERA 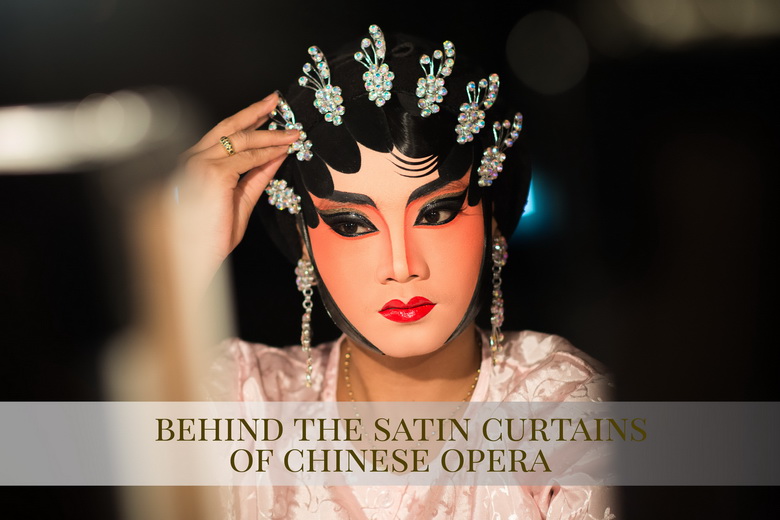 With roots going back as far as the Tang Dynasty, you are in for a historical and cultural treat if you can catch a Chinese opera performance this February in Chiang Mai. Chinese opera is one of the oldest performing arts in the world. Combining literature and musical performance, the operas are an engaging visual spectacle, with an astounding attention to detail being a vital part of the show. Performers spend hours working on elaborate make-up and going into character, and the shows can run for hours, combining myth, moral, and plenty of old fashioned entertainment.

Home to one of the largest overseas Chinese community in the world, Thailand often presents Chinese operas, especially during the Chinese New Year. There are about 30 to 40 different opera troupes working and travelling in the country. Most of the time they are recruited by Chinese temples or municipalities to perform during festival times. Behind the scenes, the atmosphere is as interesting as on stage. A Chinese opera troupe is like a big family and performers are not only part of the show but they also manage the technical aspects, like the curtains and backdrops, and packing up when the troupe has to move to another town. Before each play the rush is always palpable, from make-up to changing clothes and heading straight back on stage, they help each other in every step.

Surrounded by countless pots with bright-coloured paints and powders, the actors are getting ready. Peering intently into small mirrors, they apply thick make-up and slowly transform themselves into another personality or even another gender, some into warriors, some into servants, some into beautiful women. The fascinating process of putting on make-up is slow, taking several hours and actors place much importance in it, making sure each brush stroke is perfect. Not only does the make-up emphasise the eyes to attract the audience’s attention but it also reveals the nature of opera’s characters. If you are lucky enough to get backstage, it will seem chaotic at first view. It is in fact full of colours, with bright decorations, a variety of props and stunning costumes. What may seem at first as a chaos is actually a well-organised orchestra.

Once the make-up is done, it is time to wear the beautiful costumes. Some are hand-embroidered, some include giant feathered headdresses and heavy crowns, all are always colourful. The elaborate and sumptuous costumes worn by the actors are traditional Chinese costumes. As for the makeups, they reveal the characters. The bright colours are usually worn by the rich and young, while the poor and elderly wear dark plain colours.

Soon, the clash of cymbals and the beating of gongs indicate the start of the open-air opera. In a Chinese opera, each scene is accompanied by musicians playing gongs, lutes, cymbals, drums and other classical Chinese musical instruments from backstage. Almost every artist in the troupe is capable of playing music.

The play performed is a combination of acting, dancing and singing, all in Chinese language. And even if you cannot understand the dialogues, the actors with their bright makeup and elaborate outfits are just fascinating to watch. Chinese Opera is usually about common themes - good and evil, right and wrong, love and loss, tragedy and comedy, and there is always a moral encouraging people to become good. Spectators are not the ones who pay to watch this centuryold tradition; performances are free for the public, paid for from the donations received by the Chinese temple.

The long hours of preparation are tiring and breaks are taken whenever possible in hammocks strung up under the stage or on rattan mats laid on the floor. After several days of performing in the same location, the troupe will pack up and leave, generally on the night of their last show. The personal boxes containing each performer’s make-up, along with the stage props, backdrops, sound system and other equipment are piled onto the back of a truck. Personal items are loaded into the bus that will carry the performers to the next location.
The group will then set-up the stage and start their performances again, and again, until the next time they have to pack up and travel again.

But despite the eye-catching performance, audiences in Thailand can be sometimes tiny. Influenced by modern lifestyles and western culture, the new generation has lost some interest in the Chinese opera, which is very sad because it is a beautiful art which should be cherished.

This February 28th, discover the Chinese Opera at the Pung Tao Gong Ancestral Chinese Temple of Chiang Mai (Praisani Road -next to the flower festival at Warorot Market). The next day the temple will organise religious ceremonies and a beautiful parade with dragon and lion dances. The
Chinese Opera will start from 5pm at the Chinese temple on February 28th. The next day, ceremonies will start at 6am in the garden opposite the train station, then the parade will start at 7am, from there to Thapae Gate. 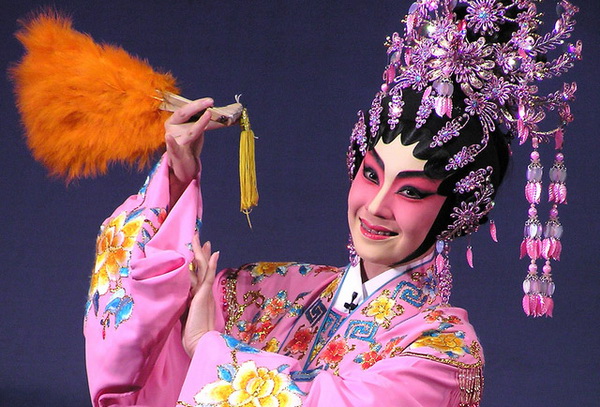 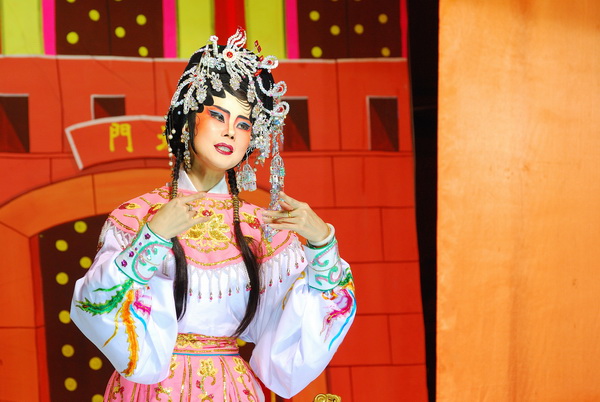 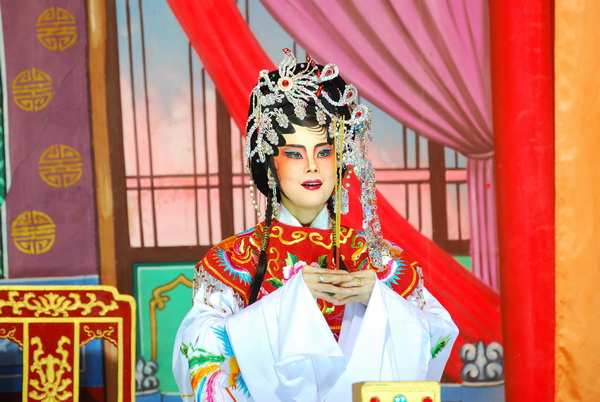 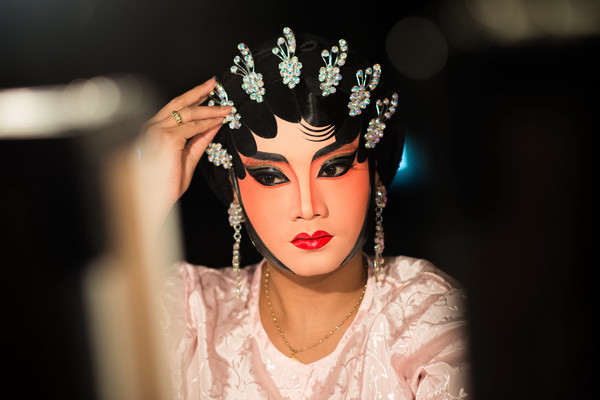 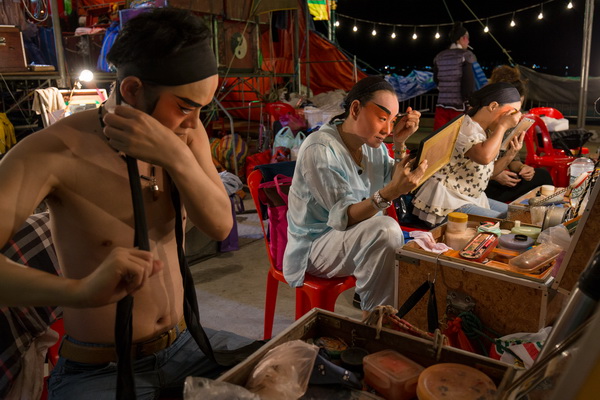 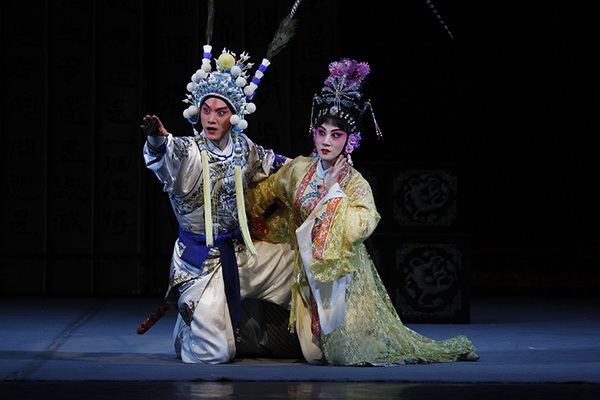 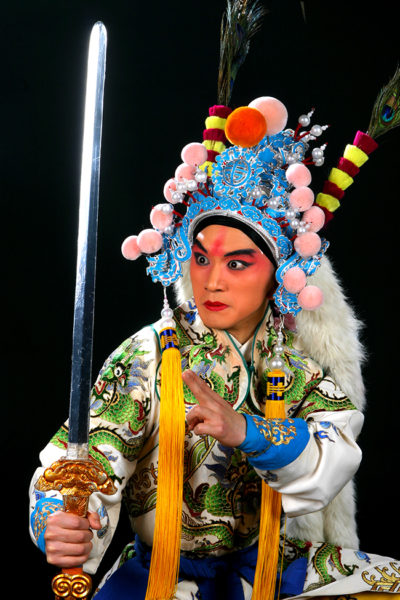