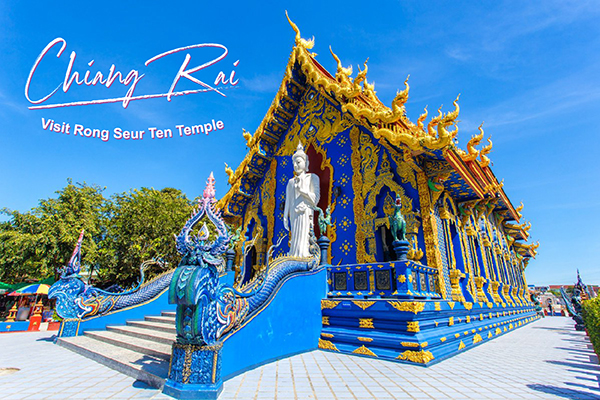 Home to myriad mountains and forests, Chiang Rai is a colorful city! You may have heard about the White Temple by artist Chalermchai Kositpipat or maybe visited the Black House by Thawan Duchanee - it is now time to discover the Blue Temple!

Rong Seur Ten Temple, also called the “Blue Temple”, is a Thaistyle Buddhist temple in Chiang Rai that stands out from the others because of its sapphire blue color.

Rong Seur Ten temple’s blue color symbolizes tranquility,ascension, the infinite, purity and healing which are at the heart of Buddhism. The temple also has lots of details in gold which really makes it stand out.

The main building is the viharn or assembly hall. Huge Naga snakes guard its entrance. The richly adorned gable is in the traditional Lanna style with intricate floral motifs. At the back of the building there is a large white image of a standing Buddha with his hands in a position symbolizing teaching.

The inside of the viharn is as beautiful as the surrounding area outside. Two rows of pillars are adorned with ornate motifs. Paintings on the walls depict scenes from the life of the Buddha. On the ceilings are ornaments in sapphire blue and violet with decorative gold Inlays. At the back of the wall, mounted on a pedestal, there is a white Buddha image in a sitting position, his hands positioned to represent welcome, charity, giving, compassion and sincerity.

While visiting this beautiful place, don’t miss tasting the temple’s colorful Coconut Ice Cream with Butterfly Pea Juice, it’s all blue! Outside the temple grounds are a few Thai cuisine restaurants and coffee shops. The Blue Temple is not yet as famous as the White Temple, so you can expect to enjoy a quiet and relaxing visit in a wonderful atmosphere. 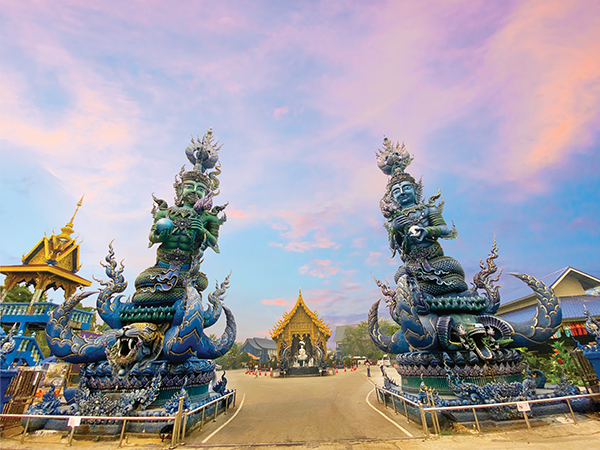 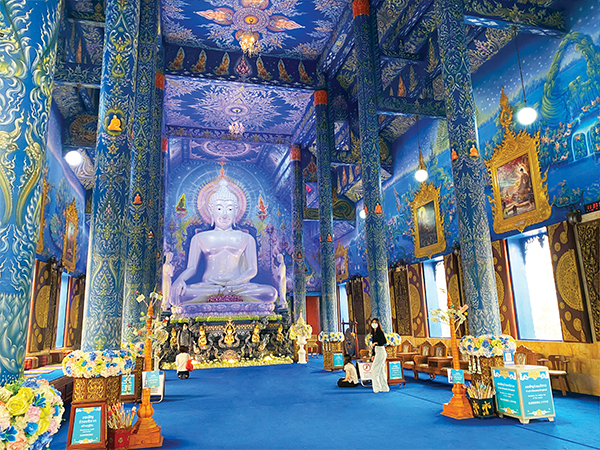 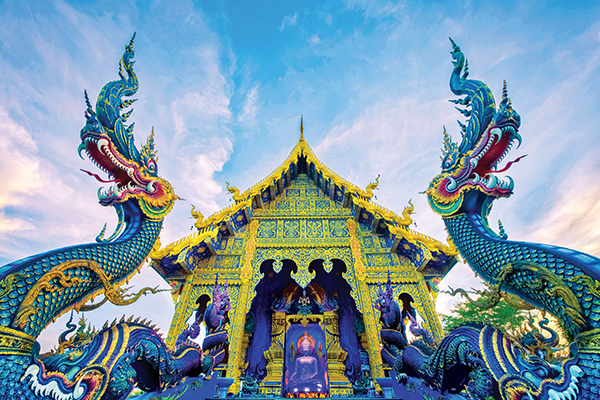 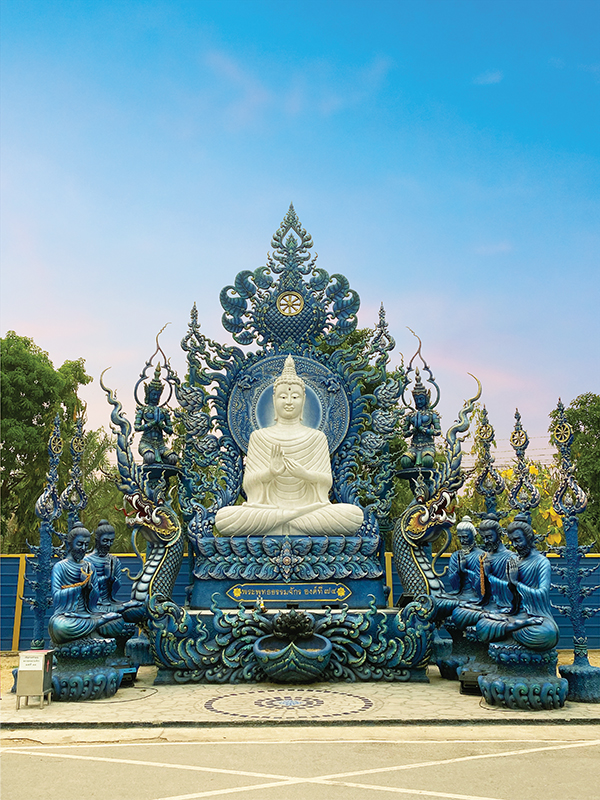 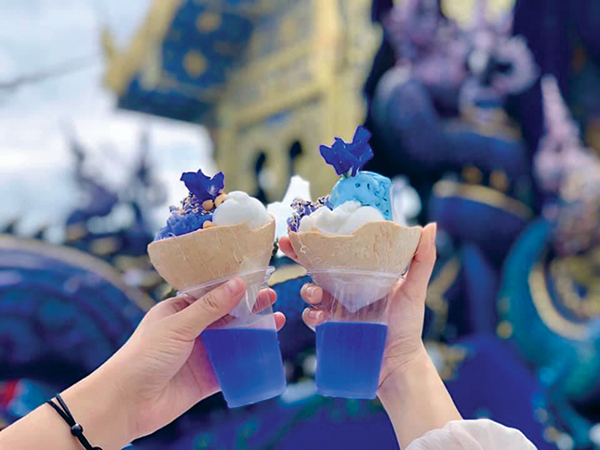