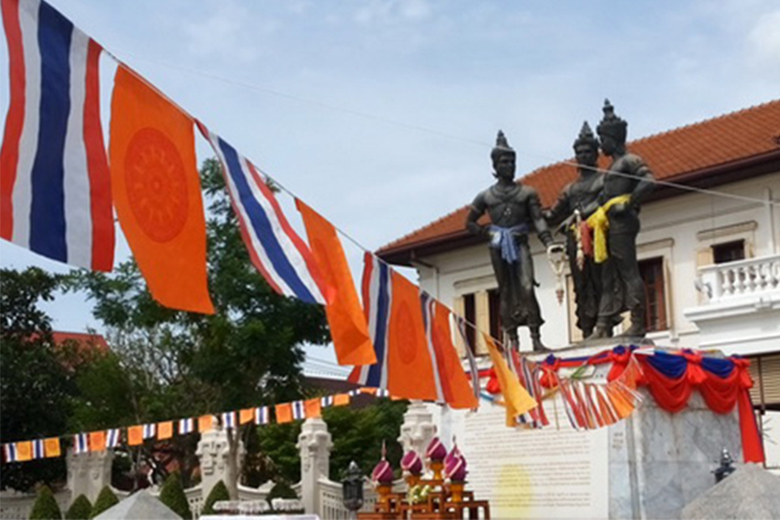 The Sueb Chata Muang Ceremony is an ancestral Lanna event to honour the gardians spirits of Chiang Mai city. Every year, around the end of May and early June, masters in the city who studied the Dhamma in a temple, for years, calculate a date auspicious for this merit-making ceremony which is important to the local community.

Northern people have a belief that Chiang Mai city has a fate, as well as the people inhabiting it. The Sueb Chata is a ceremony asking the spirits of the city to help dispel all the bad luck on Chiang Mai and also to bless and prolong the life of the city. This ceremony is attended by many locals who usually join every year.

According to the tradition, the ceremony is held at 10 sacred sites believed to be inhabited by ancestral spirits who guard the city. These sites are the city’s centre (Three Kings Monument), the four main corners of the city and the five main gates. A day before the ceremony, auspicious white threads are linked from one house to another around the city and to the sacred places. Residents prepare offerings such as: Y-shaped sticks, flags with blessing spells, banana shoots, sand and raw rice which will be offered on the day of the Sueb Chata Muang Ceremony.

On the day of the ceremony, hundreds of residents will join in one of the 10 different spots. They will drop money in a box and pull down the white threads from the tent and twine them around their heads. Monks will recite the five precepts, chant sacred phrases, and read Dharma teaching. At the end of the ceremony, they will sprinkle holy water on the believers.

Chiang Mai people have a very deep respect for the ancestral spirits of the city and every year this ceremony gives them the opportunity to pay respect and not forget traditions. This year, the Sued Chata Muang Ceremony will be held on June 7th, 2018. 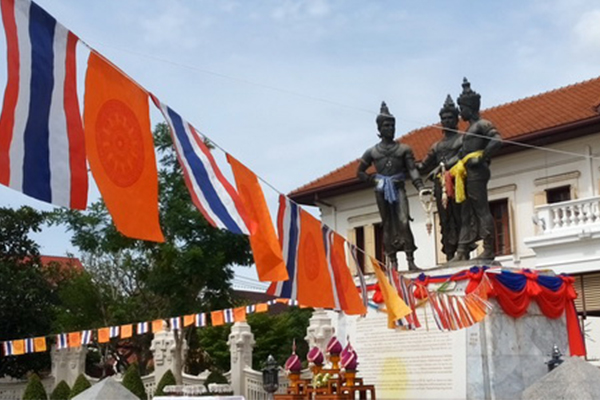 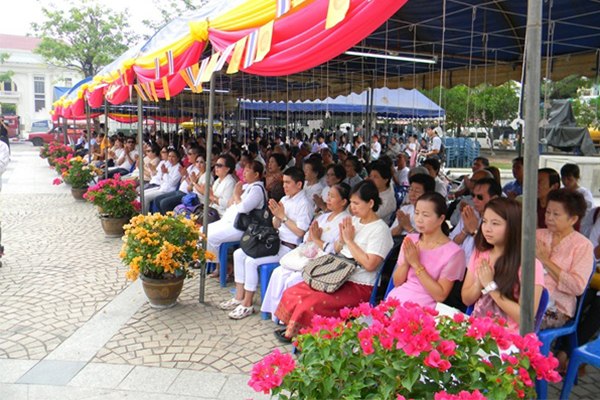