Sino-Thai trade and cultural ties span the centuries. In times past, seafarers, marine merchants and traders sailed up the kingdom's rivers with vessels laden with merchandise and precious goods including

While the early settlers quickly adapted to their new way of life and adopted Thai ways, they also continued to maintain strong cultural ties and practiced the customs and traditions diligently observed by their forefathers. Of these, the Chinese New Year remains the most important of annual festivals on the Chinese lunar calendar observed in the various regions of Thailand. This year, it falls on February 16th, but celebrations begin earlier than that (and end a little bit later too).

As in all Chinese communities around the world, Chinese communities in Thailand or communities with residents of Chinese ancestry celebrate this event with a big bang. Local rites and festivities around the country have acquired a definitive Thai-Chinese flavor, but the traditional Chinese features remain. Chinese New Year Celebrations will be held in Chiang Mai' Chinatown as well as in twelve major provinces in Thailand where the Thai-Chinese community is significant, the most famous cities being Bangkok (Yaowarat), Ayutthaya, Ratchaburi and Suphanburi in central Thailand, Chonburi on the Eastern Seaboard, Phuket and Songkhla in the South, Nakhon Ratchassima in the Northeast.

HOW IS THE CHINESE NEW YEAR CELEBRATED?

Unlike our New Year festivities which always take place at midnight between December 31st and January 1st, the Chinese version is a movable celebration, based on the lunar calendar. Chinese New Year, also called Lunar New Year or the Chinese Spring Festival, holds the most significant position among all Chinese festivals and holidays. It lasts for the first fifteen days of the Chinese lunar calendar, which on the western calendar
begins sometime between January 21 and February 21, varying from year to year. This lunar new year recognizes an animal from the zodiac system, this year we are getting into the year of the dog, which will start on February the 16th. Celebrations include decorations, parades, folk traditions and a wonderful feast.

The global celebrations of the Chinese New Year are an explosion of light and sound - involving bell ringing, lighting firecrackers and watching traditional lion dances. Traditionally, the festival is a time to honor ancestors and get together with all members of the family. The celebration itself has three different purposes: to celebrate the year you are leaving, to gather with family and to ring in good luck for the upcoming year. There are a few steps which are very important to this festival: a few days before new year’s eve, Chinese housewives will clean their houses to sweep away bad fortune, they will also buy and prepare many dishes for the coming celebrations as well as for the worship of the ancestors. On new year’s eve, families gather together for a reunion dinner, traditionally, children will receive red envelopes with “lucky money” inside and positive wishes written for the new year.

Through out the festival offerings will be done to honor ancestors. These offerings range from burning bank notes, praying to deities, burning incense, lighting candles and much more. The main color of the festival is red: it symbolizes a color of fire being used along with drums and firecrackers.

Top Lucky Food and Symbolisms:
During the Chinese New Year Festival, certain dishes will be prepared in every house, each dish has a very symbolic meaning. The auspicious symbolism of these foods is based on their pronunciations or appearance.
- Chinese Dumplings: with a history of more than 1,800 years, dumplings are a classic Chinese food, and a traditional dish eaten on Chinese New Year’s Eve.
- Glutinous Rice Cakes: in Chinese, glutinous rice cakes sounds like it means “getting higher year-on-year”. They are made with sticky rice, sugar, chestnuts, Chinese dates and lotus leaves.
- Sweet Rice Balls: the pronunciation and round shape of the sweet rice balls are associated with reunion and being together.
- Longevity Noodles: they are a symbol of wish for longevity. Their length and unsevered preparation are also symbolic of the eater’s life.
- Fish: in Chinese, “fish” sounds like “plenty”. Fish symbolises abundance and prosperity.
- Chicken: it has two meanings: one is career progress as the cockscomb resembles a Chinese mandarin’s hat; the other is punctuality and diligence as the cock wakes up and crows early in the morning.
- Pork: it symbolises prosperity, abundance and well-being.
- Duck: it signifies the ability to carry out many tasks.
- Good Fortune Fruits: certain fruits are eaten during the

Chinese New Year period, such as tangerines and oranges. They are selected as they are particularly round and “golden” in colour, symbolizing fullness and wealth, but more obviously for the lucky sound they bring when spoken. Apples symbolise peace and good health. Bananas grow in bunches, signifying a large family with many children.
- Sweets: sweet desserts are served to bring sweetness in the coming new year.

WHAT DOES THE YEAR OF THE DOG MEANS ASTROLOGICALLY?

We all know that dogs, as our best animal friends, are loyal, friendly, and kind. People born under the sign of the dog are said to share those traits. They are honest, easygoing, and helpful to others. They are less likely to seek money and power and are more likely to try and make the world a better place. On the other hand, they may be critical, stubborn, and cold at times. Dogs can have difficulty communicating and may fall into pessimism when they feel doubt, but if they can live a good, quiet life, they will have a positive outlook. These personality traits also vary based on the lunar month of the year in which dogs are born, too.

Some fellow Earth Dogs include Madonna and Michael Jackson. Other people born under the sign of the dog in nonearth element years include Steven Spielberg, Justin Bieber, Winston Churchill, Elvis Presley, Donald Trump, Bill Clinton, and Mother Teresa among others. Dogs’ lucky numbers are 3, 4, and 9, and unlucky numbers are 1, 6, and 7. Lucky colours are red, green, and purple, while blue, white, and gold are unlucky. Dogs are said to be romantically compatible with people born under the sign of the rabbit, but not with those born under the dragon, goat, or rooster.

Not only does the year play a part in the destiny of a person born with the dog as their sign, but the time and date are also factors. Those born between 9 AM and 1 PM, as well as those born between 3 PM and 5 PM are said to be the most likely to achieve success. Those born on the 1st, 6th, 7th, 17th, 21th, 24th, 26th, 28th or the 30th day of the month in the Chinese lunar calendar are said to be the luckiest.

As each year, Chiang Mai's Chinese New Year Festival celebrations are planned at Warorot Market and promise to delight all ages. Chinese
customs are numerous and they will bring a colourful sense of renewal to this period of the year. Visit the city's Lao Chow Alley, the local China Town, located at Warorot market. For this occasion, the street along Ping river will be closed to cars and motorbikes, allowing pedestrians to walk and have fun. It will be the centre of Chinese New Year Celebrations in town with the street along Ping river being closed at night during two days for the celebration (February 16th & 17th). Home and shops along Warorot market main road will be decorated with red lanterns in honor of the event. You will also enjoy spectacular processions of dragon and lion dances, Chinese cultural show and musical performance. The neighbourhood houses two famous Chinese temples: the most famous temple being located along Ping river, passing the flower shops; and the second temple at the back of Warorot market.

Another famous place to celebrate at night will be Thapae Place, housing every evening cultural shows, dances and beauty pageants.

Be prepared to work your way through the hectic crowds and wear red to be part of the party. It will certainly be the place to be in Chiang Mai. 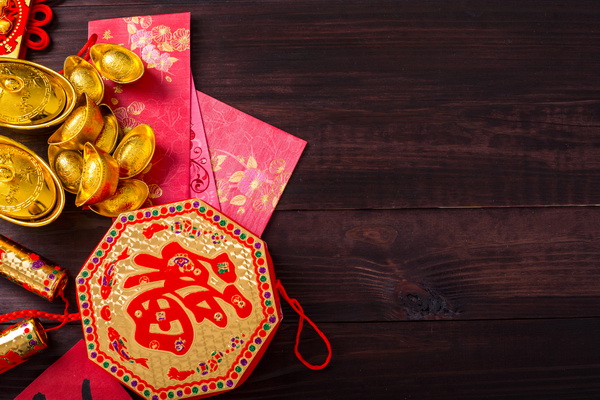 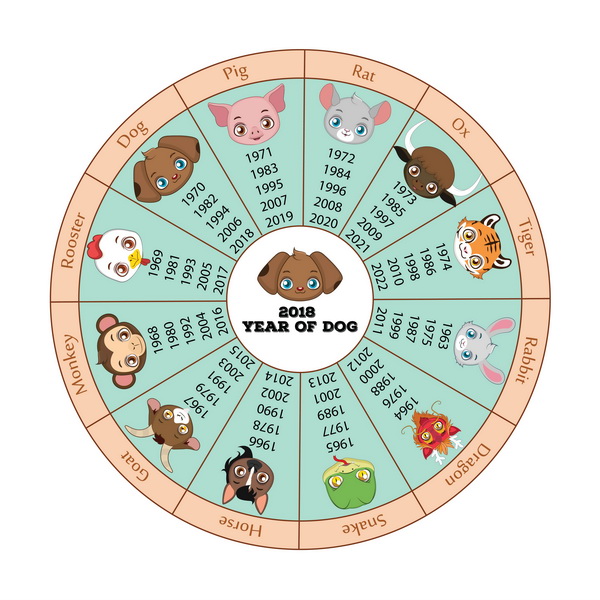 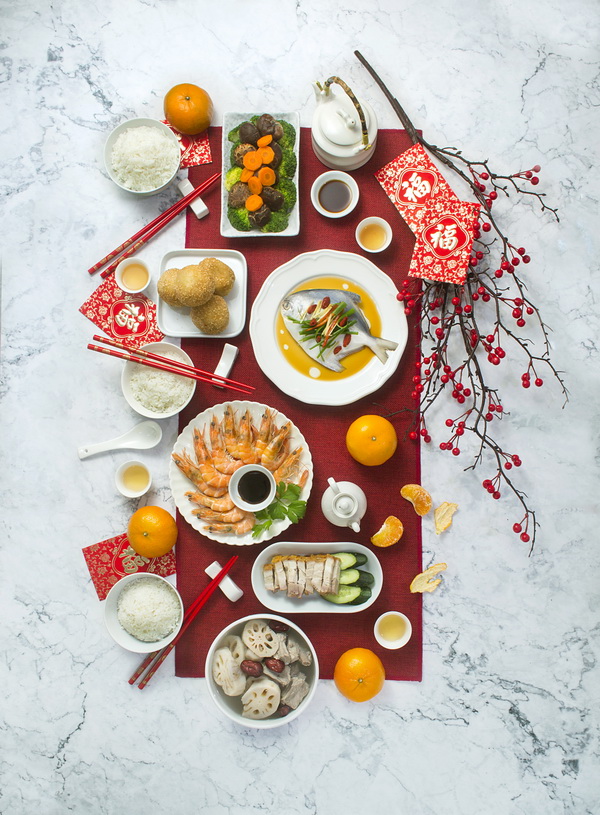