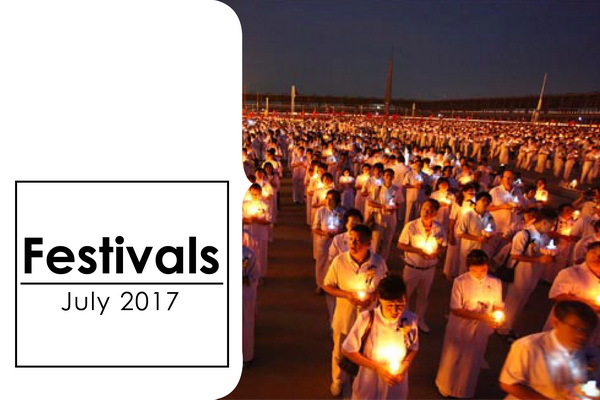 King Maha Vajiralongkorn, Rama X, has reigned Thailand since October 13th, 2016, following the passing away of His father, the beloved King Bhumibol Adulyadej.

Vajiralongkorn was born on 28 July 1952 and is the only son of King Bhumibol and Queen Sirikit. He has three sisters. He was 64 when he became king, his father had ruled Thailand for over 70 years.

July 28th is a national holiday, in honor to His Majesty The King’s Birthday. December 5th (birthday of King Rama IX) remains a public holiday.

Asahna Bucha Day is a public holiday marking the day when the Lord Buddha delivered his first sermon at Benares in India, over 2,500 years ago. On this important day, Buddhists will visit temples and make merit. Traditionally, candles will be donated to the temples. Now, electric bulbs are also offered.

The next day is Khao Phansa Day, marking the Buddhist Lent Day. From that day and during a period of three months, monks will remain in one particular place or temple. This period coresponds with the rainy season.

July marks the beginning of the adventure season in Mae Hong Son. The Pai river is at it’s height and the difficulty level ranges from level 3 to level 5. The natural beauty of this region attracts visitors from everywhere in the country, but one should be careful when rafting down the river: make sure you select a safe and well known rafting company.

This raceweek is one of Asia’s most exciting and fastest growing regattas. Four days of world-class yacht racing in Phuket, combined with four nights of magical beachside parties at the five-star hotel Cape Panwa.