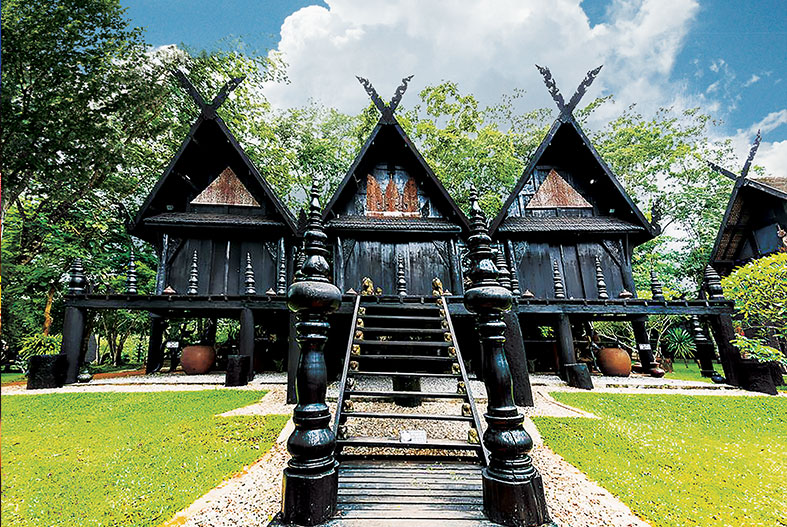 Discover the stories behind the typical wooden Kalae which is on top of almost every Lanna houses.

One of the first things visitors will notice in Chiang Mai is the beautiful traditional houses and buildings that can be seen in many places. This architecture is typical to Northern Thailand and is very unique. 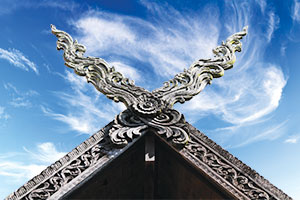 The traditional Northern (Lanna) house, or Ruen Kalae is similar to the Thai (central) house in that it was originally constructed completely from teak wood, and built elevated from the ground to protect from flooding during the wet season. What distinguishes it from central style is the “V” shaped, hand carved Kalae which can be found on each side of the roof. Some believe that the Kalae is meant to symbolize two birds used to scare away crows which were said to bring bad luck. It has also been said that it represents buffalo horns. Others say that, in the old times, during Burmese occupation, Thai people were asked to put a Kalae on top of their roof to differentiate themselves with Burmese people. Whether you believe one explanation or the other, Kalaes are handcrafted structures that beautify houses and buildings of northern Thailand, and they can be found in many different styles.