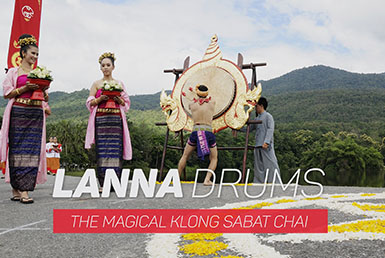 Apart from the fun of the water games, Songkran festival is a time for tradition and culture, and Klong Sabat Chai sacred drums are an important part of the festival.

Klong Sabat Chai is the most famous drum in Northern culture. Performed as an integral part of the drumming, it is hung from double wooden sticks and carried by men. Itsbeating requires agility and virtuosity as it includes the use of many body parts, such as the shoulders, elbows, legs and head. Klong Sabat Chai drum is played in tune with the sound of cymbals.

Formerly used during wars, the name Klong Sabat Chai means “the drum that leads to victory”. Historical evidence has shown that Klong Sabat Chai was originally associated with the kingdom of Lanna, kings, rulers and the army. The rhythm of the drum was designed to uplift the spirit and morale of soldiers when going to war. Later, when the power of Lanna rulers was reduced, Klong Sabat Chai drums were kept in temples where they were played as an offering to Lord Buddha.

When used in the temple, the name was changed to Klong Pucha (worshipping drum.)

Drums in Thailand are made of wood and cow or bull skin. Sacred drums that are used in temples also contain a “heart”, referring to a dried bottle gourd engraved with magical spells to give it a powerful sound that attracts good while warding off the bad, including enemies. Nowadays, drums without a sacred heart are made for daily use as percussion instruments. But when containing a sacred heart, the drum can only be played with sticks or hands, using lower parts of the body to play this drum would be considered a sacrilege.

Today, the sound of victory drum can still be heard during religious ceremonies in the temple, shaving ceremonies, emergency calls, parades and shows. Songkran festival is the perfect time to witness the use of this instrument at “Lanna Giant Drums Festival” on the 14th of April, 6pm at Phra Singh Temple. This beautiful performance will showcase fifteen drum teams from all over Northern Thailand. 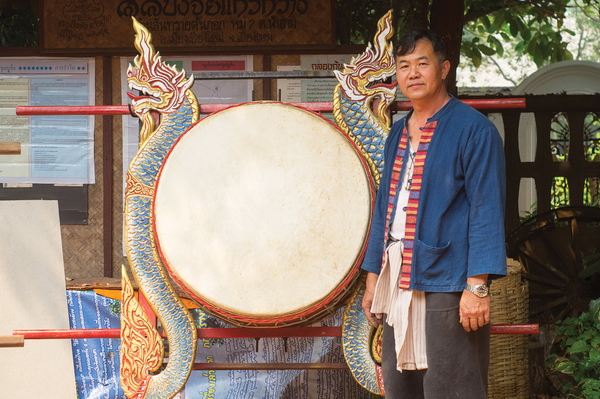 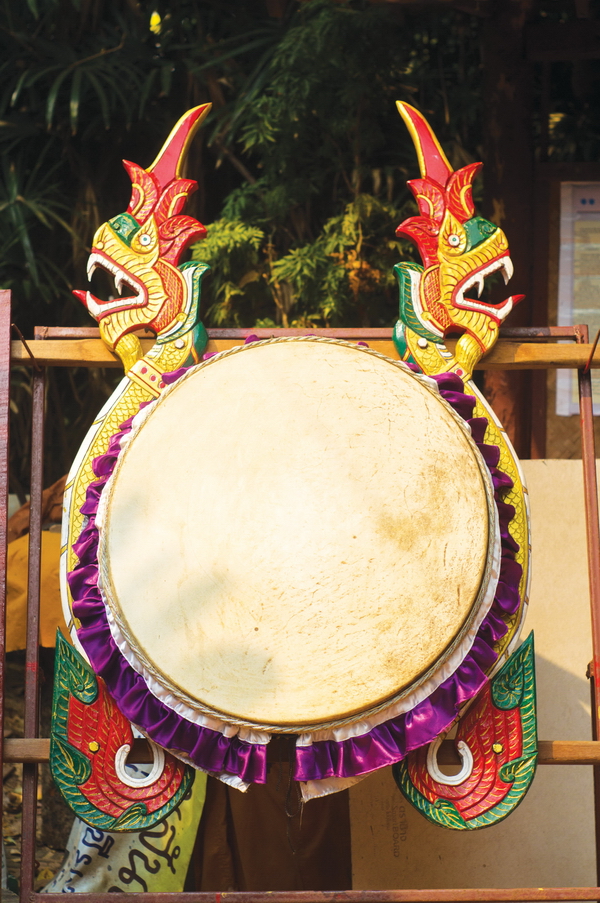 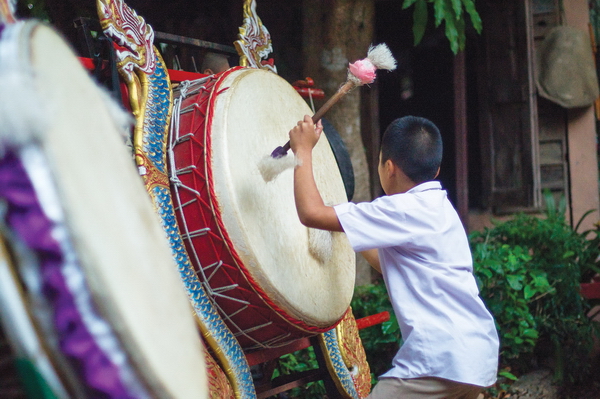 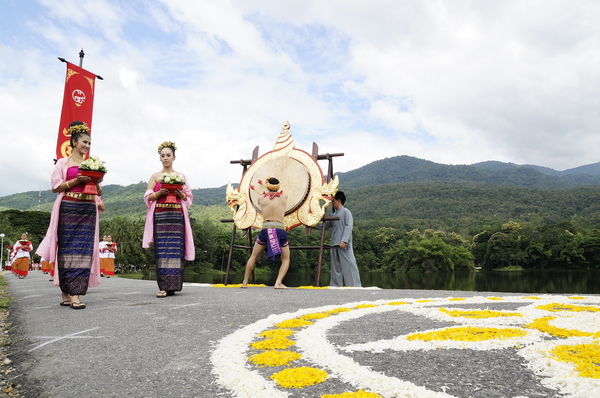