LAWS IN THAILAND - Minimum Wage to Rise in 2017 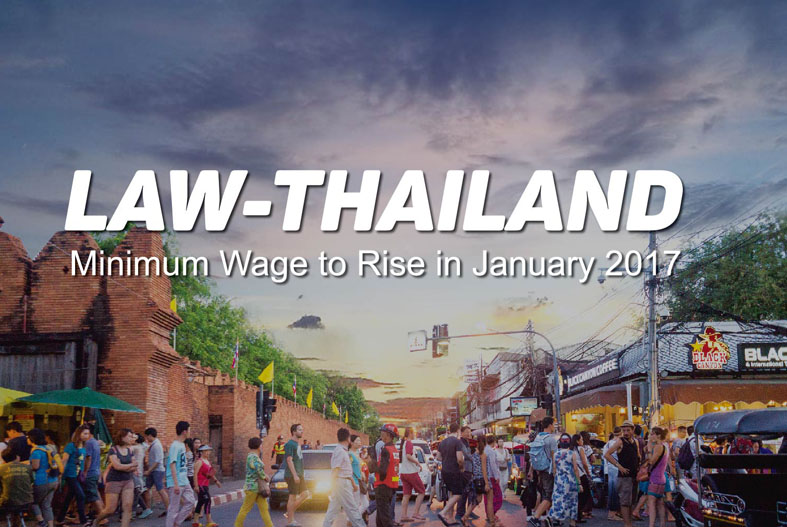 Effective from January 1st 2017, minimum wages will rise to between 305 THB and 310 THB per day in 69 provinces of Thailand from the current nationwide rate of 300 THB. Meanwhile, another 8 provinces will remain at 300 THB.

The wage in seven provinces (Bangkok, Nakhon Pathom, Nonthaburi, Pathum Thani, Samut Prakan, Samut Sakhon and Phuket) will rise by 10 THB, while that in 13 provinces will increase by 8 THB, and in 49 provinces by 5 THB. Chiang Mai will increase of 5 THB.

Wanlop Kingchansilp, President of the Employers’ Confe-deration of Thai Business, said the new rates were based on economic data.

Meanwhile, The Revenue Department of Thailand has proposed the Finance Ministry to keep the value-added tax (VAT) rate at 7% until the end of September 2017.