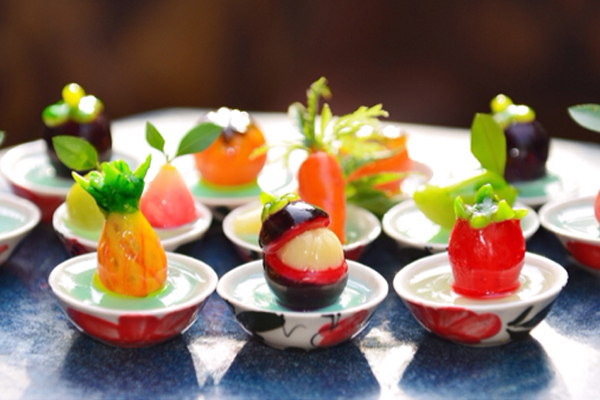 They look like various kinds of fruit and vegetables, such as chilies, cherries, mangosteens, oranges, mangoes, bananas, watermelons and carrots but they are miniature. Their taste is sweet, their smell is fragrant and their appearance is attractive and colourful. They are called Luuk Chuup.

This Thai dessert is made from beans. Its main ingredients are ground mung beans (with skin removed), sugar, coconut cream, clear gelatine and food colouring. Ground bean paste is mixed with sugar before coconut cream is added. The mixture is then heated over a gentle fire until it becomes sticky. After leaving it to cool, the mixture is taken to be moulded into desired shapes of fruits and vegetables. This important step needs good dexterity as every curve and line requires a gentle touch to shape the mixture into miniature fruits or vegetables. But the size of each piece is limited by the amount of mixture that can be made to hold together. Then the little models are painted in various colours. When dry, they are dipped into clear gelatine.

This Thai dessert has two words in its name: luuk which means small object and Chuup meaning a type of coating. Luuk Chuup is a Thai dessert that originated from the ancient time of Siam. It is believed that it was created for the Royal family of Siam, then later spread beyond the walls of the palace. 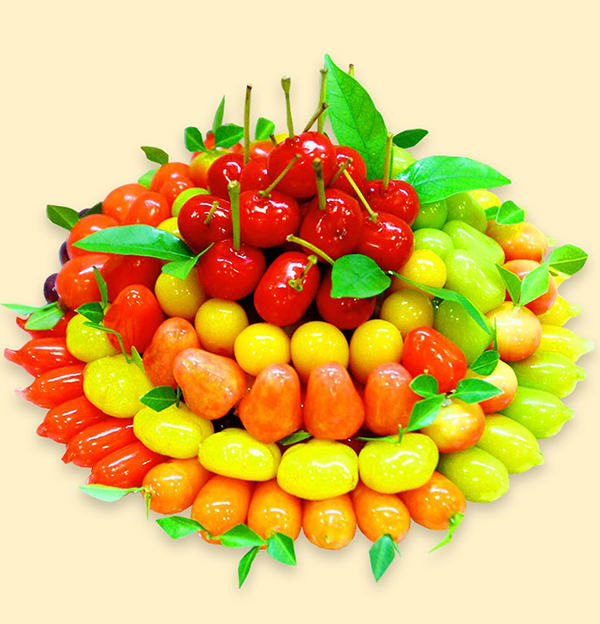 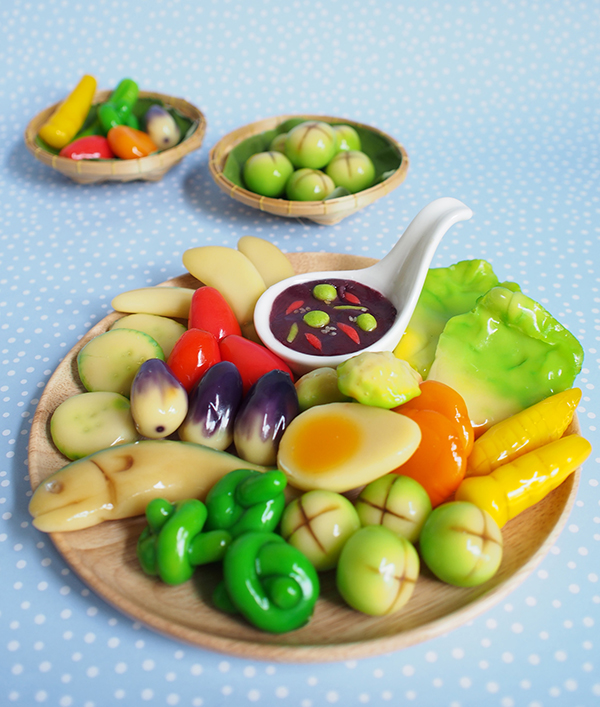 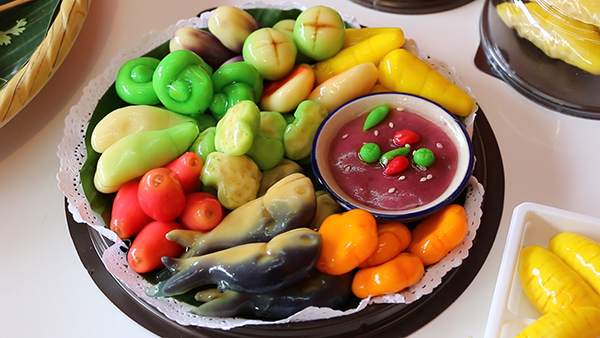 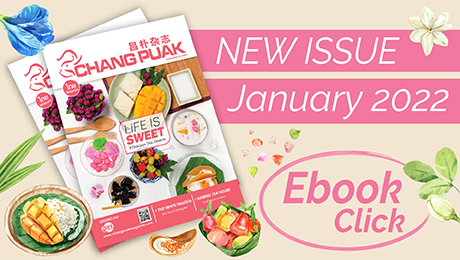