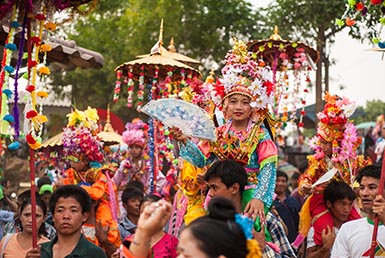 Poi Sang Long Ordination is a very beautiful festival to see; in addition to witness a unique and colourful festival, you will also find many stalls selling food, books, clothing and souvenirs as well.

ae Hong Son’s most famous and colourful festival is Poy Sang Long. Held over the first weekend of April, it celebrates the ordination into the monkhood of Shan boys aged between seven and fourteen years. The time period of stay in the temple can vary from one week to many months, but it usually last for the duration of the schools’ long vacation. Similar rituals take place in Chiang Mai, at Pa Pao temple on the 4th, 5th and 6th of April (see city map F2), but the Mae Hong Son version is given a unique flavour by its Shan elements.

On the first day of the festival, the boys have their heads shaved and are anointed with turmeric and dressed up in the colours as a prince, with traditional accessories: long white socks, plenty of jewellery, a head cloth decorated with fresh flowers, a golden umbrella and heavy face make-up. Beliefs have it that boys are dressed up like princes in imitation of the Lord Buddha, who was himself a prince before setting out on the religious path. They are then announced to the guardian spirit of the town and taken around the temples.

The second day brings general merit making and a spectacular parade, headed by a drummer and a richly decorated riderless horse, which is believed to carry the town’s guardian spirit. The boys, still in their finery, are each carried on the shoulders of a chaperone, accompanied by musicians and bearers of traditional offerings. In the evening, the novices tuck into a sumptuous meal, waited on by their
parents and relatives, before the ordination ceremony in the temple on the third day. 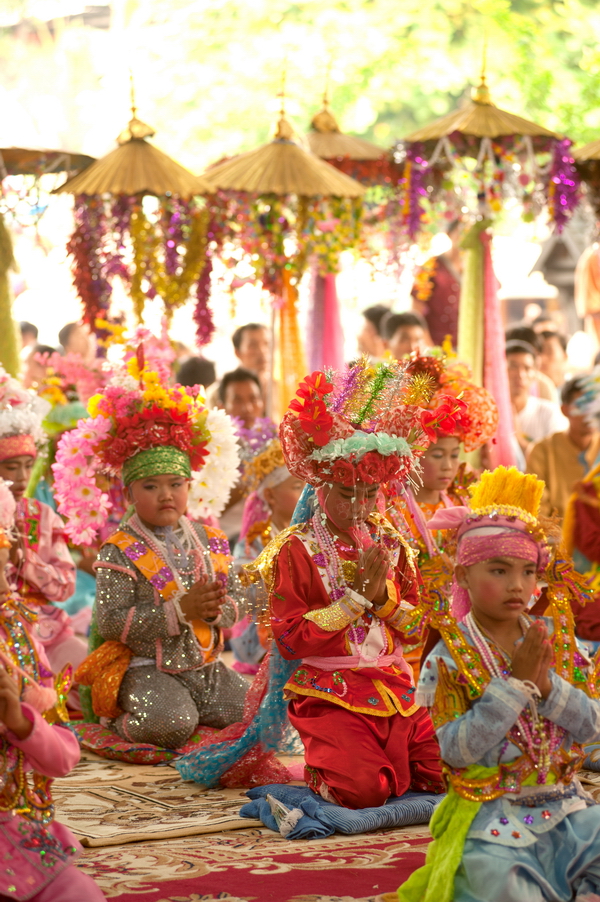