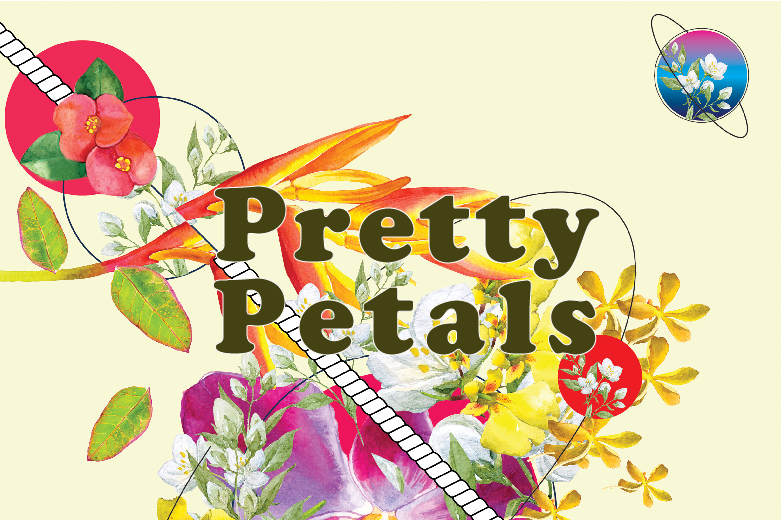 Thailand is one of the largest countries in South East Asia that has a tropical, wet climate which enables it to grow an impressive variety of native flora and fauna.
The country is thought to have almost as many plant species as Europe, all crammed into a country the size of France. Unfortunately, a majority of Thailand's plant biodiversity falls within the heavily endangered category. In an attempt to protect its native endangered plant species of the land and ocean, the country has signed a number of environmental contracts. It has also converted about 13 percent of its land and sea area into natural reserves. Flowers such as orchids, thai lotus, tacca chantrieri, rhizomatous perennial and hidden lily are some of the popular native flowers of Thailand. Others, such as orange trumpet, hibiscus, crinium, weeping lantana and canna lily are grown in the country and can be easily found. Chiang Mai is also call "The Rose of the North", because it is famous for its array of beautiful flowers, especially during this time of the year. Many rare species of plants thrive along nature trails in the mountain, while others beautiful flowers can be seen within the city walls. If you are a flower lover, read the story behind these eight most common flowers that you can see during your visit in northern Thailand.

Ratchaphruek
The ratchaphruek flower (Cassia fistula Linn) is not only a Thai native flower but is also the national flower of the country. The yellow flower clusters grow on the ratchaphruek tree and the yellow color is symbolic of Buddhism and glory. The tree blooms between February and May and flowers are reflective of the harmony and unity of Thai people. The tree defoliates while the flowers are still blooming, hence leaving only the flowers on the branches. The flower is common throughout the country and is frequently seen growing along roadsides.

Thai Lotus
Perhaps one of the most popular flowers in Thailand, since this plant is a symbol of purity and innocence in Buddhism and can be found in all the shrines and temples. Originating sometimes in dirty and muddy water, the lotus is considered a pure and untainted flower. It is a symbol often portrayed in the applied arts of Thailand.
Apart from its flowers which are used as offerings, the lotus plant is useful in several other ways - the petals, stamens and roots of certain varieties have medicinal values. They are the major ingredients of various recipes prescribed by traditional herbalists. Almost every part of the lotus is edible: dried seeds boiled in syrup, sometimes with crushed ice, is a popular sweet; its root, cut into thin slices and boiled with pork ribs, is a delicious soup; the crisp young leaf and the long fleshy stem of the bua sai are also made into different tasty dishes; even the large leaf, which is too tough to eat, is sometimes used to wrap rice which, when steamed, absorbs the subtle aroma of the leaf.

Imperial Thai Delight
Imperial Thai Delight is such a distinctive Bougainvillea, you will never forget it! Bracts surrounding the true flower emerge as crisp white, and then from the edge they become more and more suffused with pink as they age. It can often be seen along Thai roads and flourishes all year round.

Orchids
There's more to the orchid than meets the eye. With a delicate sculptural beauty and historical rarity, these exotic blooms carry an unrivaled symbol of refinement, luxury and mystery. With more than 25,000 different types, orchids are the planet's largest group of blooming flowers and Thailand has the largest variety and number of orchids than anywhere else in Asia. Flowering mainly in the winter of Thailand, the best time to witness these exquisite flowers is during January. They can thrive without the need for soil and can live on the side of some of the most arid landscapes in Thailand. In traditional Chinese medicine, the orchid is used to help cure coughs and lung illness.

Frangipani
Jasmine is a very popular flower around the world, especially in the topics, because of its unique fragrance. It is believed to have originated in the Himalayas in Western China and most species are white while a few are yellow. There are at least 200 species of jasmine, several of which are grown in the country. In Thai language, this flower is called Mali. In Thailand, jasmine was chosen over roses as the symbol of Mother's Day which coincides with the birthday of Her Majesty Queen Sirikit of Thailand, the mother of the nation. It stands for the pure, unconditional love that only a mother can give to her child. Nothing evokes that tropical feeling quite like the frangipani. Their sweet scent and sheer beauty make them universally loved and the blooms look sensational on the tree and as a cut flower. Pick up some freshly fallen blooms and float them in a bath or bowl of water and it is easy to feel that you are relaxing in a fabulous tropical day spa! Most familiar in their white and yellow form, they also come in loads of tropical and sunset colours, becoming more colourful the closer to the equator you go. Frangipanis are also tough plants that can survive neglect, heat and drought and still fill the garden with a wonderful perfume.

Heliconia Rostrata
Tropical flowers never fail to astound and amaze with their forms and colors, heliconia rostrata is no exception, with large, brightly hued bracts that cluster up a stem. There are about forty different species of heliconia. The leaves of this plant are paddle-shaped and they are related to the banana family. Heliconias are sometimes called "lobster claws" or "parrot flowers" because of their beak-like "bracts" which can be orange, purple, red, yellow, pink, green or a combination of these. A bract is a leaf structure at the base of a flower. The heliconia's flowers are tiny and found inside these bracts, which are so large and colorful that they almost hide the flower. This keeps the flower's sweet nectar tucked away so that only specialized birds can get to it. Some species of heliconia have upright facing flowers and in some called hanging heliconia, the flowers dangle down from the main stem.

Jasmine
Jasmine is a very popular flower around the world, especially in the topics, because of its unique fragrance. It is believed to have originated in the Himalayas in Western China and most species are white while a few are yellow. There are at least 200 species of jasmine, several of which are grown in the country. In Thai language, this flower is called Mali. In Thailand, jasmine was chosen over roses as the symbol of Mother's Day which coincides with the birthday of Her Majesty Queen Sirikit of Thailand, the mother of the nation. It stands for the pure, unconditional love that only a mother can give to her child.

Zingiber Spectabilis
Zingiber spectabile, commonly known as Beehive Ginger, is a clumping herbaceous plant native to Peninsular Thailand and Malaysia. The scientific name of the species, zingiber spectabile, comes from two words: "Zingiber" comes from a sanskrit word meaning "shaped like a horn; and "spectabile" is derived from the latin spectabilis, meaning "spectacular". Apart from Beehive Ginger it is also known as Black Gingerwort, Champagne Beehive, Malaysian Ginger and Ginger Wort. In South-East Asia, it is used as medicinal herb. 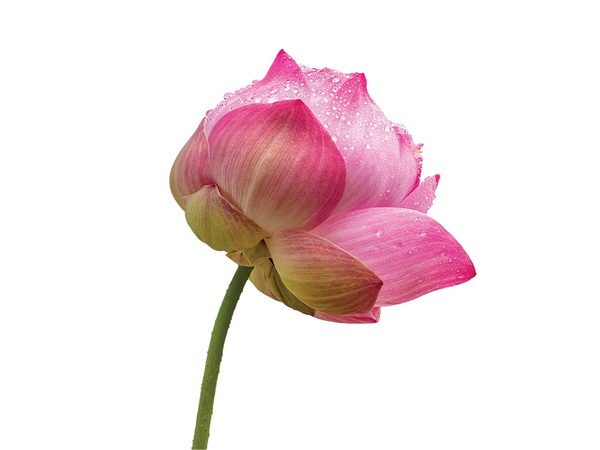 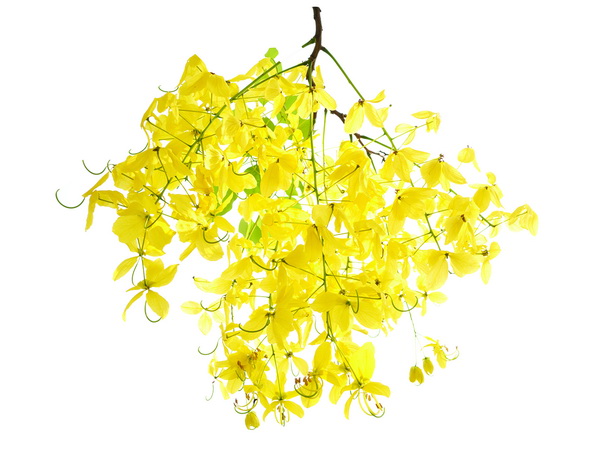 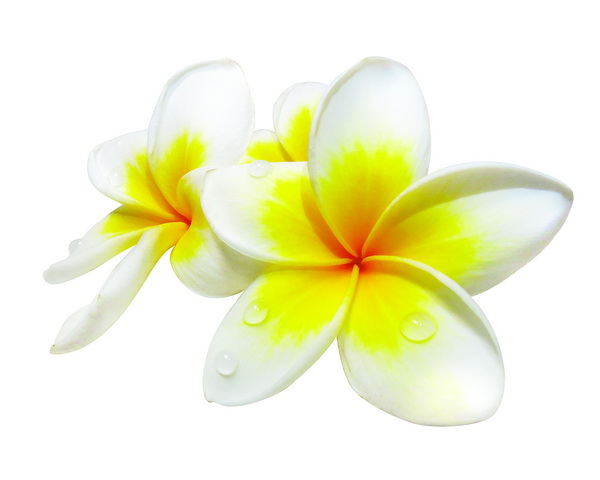 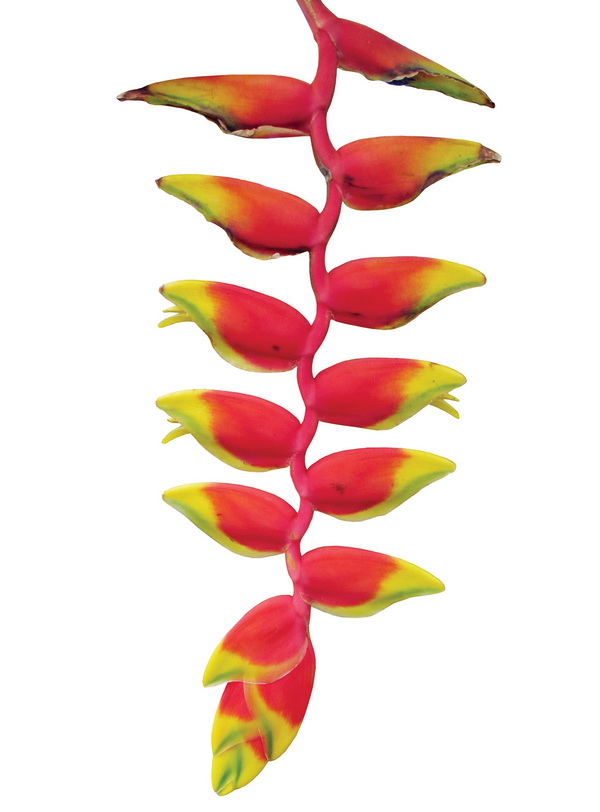