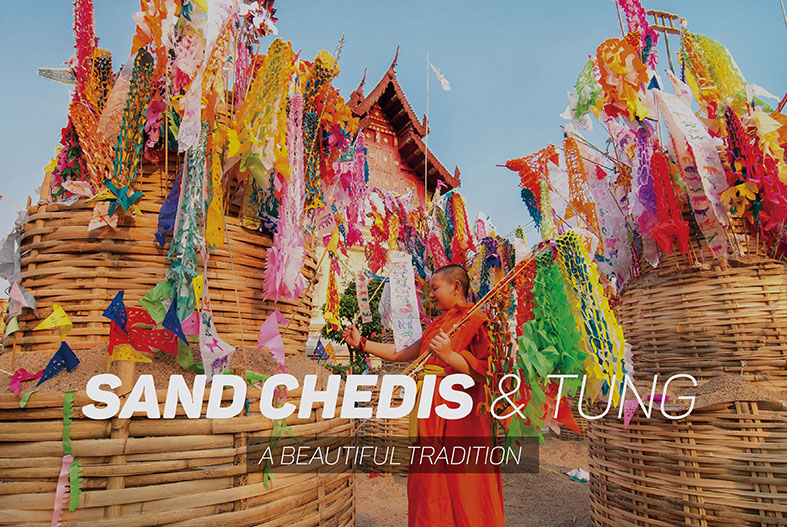 Lanna traditions that have traveled through generations

When walking through the streets of Chiang Mai during Songkran festival, there are two beautiful traditions that you will see in the compounds of each temples: the making of sand chedis and the ceremonial “tung” flag offerings. These traditions date back over centuries and, although they have been adapted to modern times, they remain part of Lanna beliefs and culture.

The making of sand pagodas in temples is a tradition which can be observed through the kingdom. According to local belief people bring back sand to the temple to compensate for the sand they may have inadvertently carried away on the bottom of their shoes over the past year. Later, this sand will be used by the temple all through the year for diverse constructions.

In the mid-twentieth century, the making of sand pagodas was a very popular activity amongst young people in Chiang Mai. Sand was brought from the Ping River which, at that time, was so dry that people could walk from one side to the other. Young women who rarely had the chance to appear in public spaces, were permitted to attend the sand activity. After splashing water onto each other in the Ping River, they would collect sand in silver bowls or buckets and carry it to nearby temples. In the compound of the temple, they would make small pagodas which were later transformed into one large sand pagoda.

The second tradition is the making of Tung: since the mid-13th century, these ceremonial flags have been placed on top of sand pagodas. Tung is a vertical flag used in Buddhist merit-ceremonies to demarcate the boundary of sacred sites; no Buddhist ceremony would be considered complete without a tung. In Chiang Mai, different kinds of tungs are used for many occasions such as parades, Buddhist ceremonies, funerals and festivals. They can be made from paper, cloth, palm leaves, wood or galvanized iron. During Songkran festival, the most common tungs used for the ceremonies in the temples are the “Tung Sai Muu” and “Tung Dio”. Made of triangular shaped paper, some plain, some colorful, and others emblazoned with symbols of zodiac animals, they are placed on top and around sand pagodas. 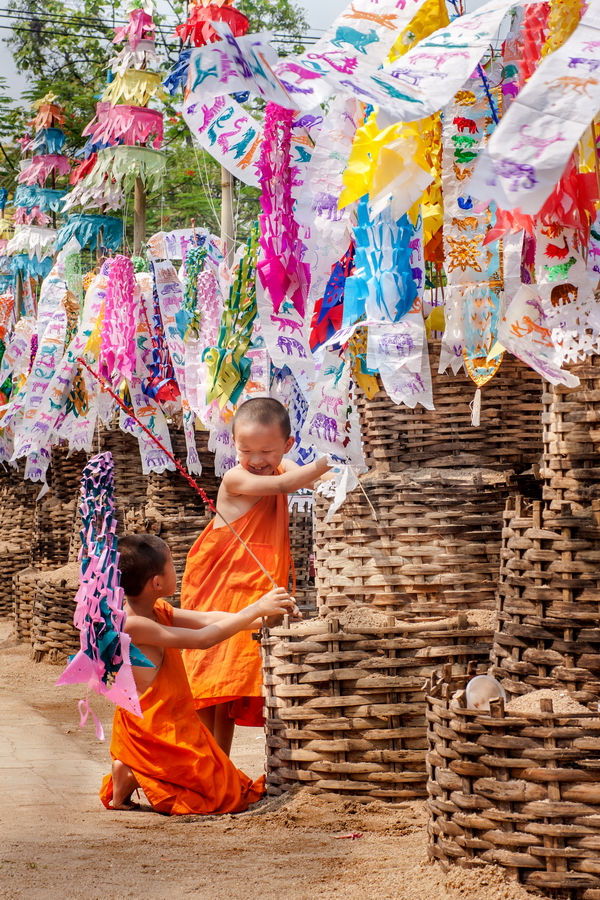 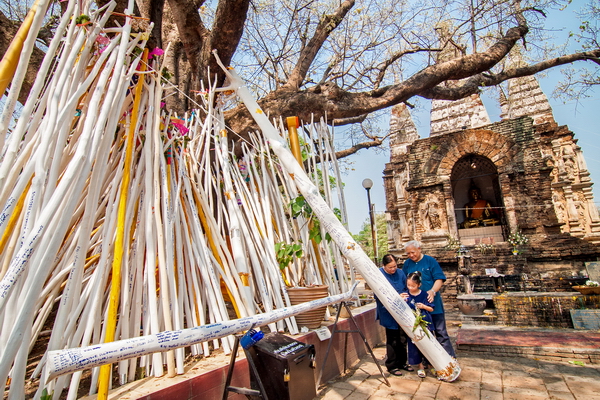 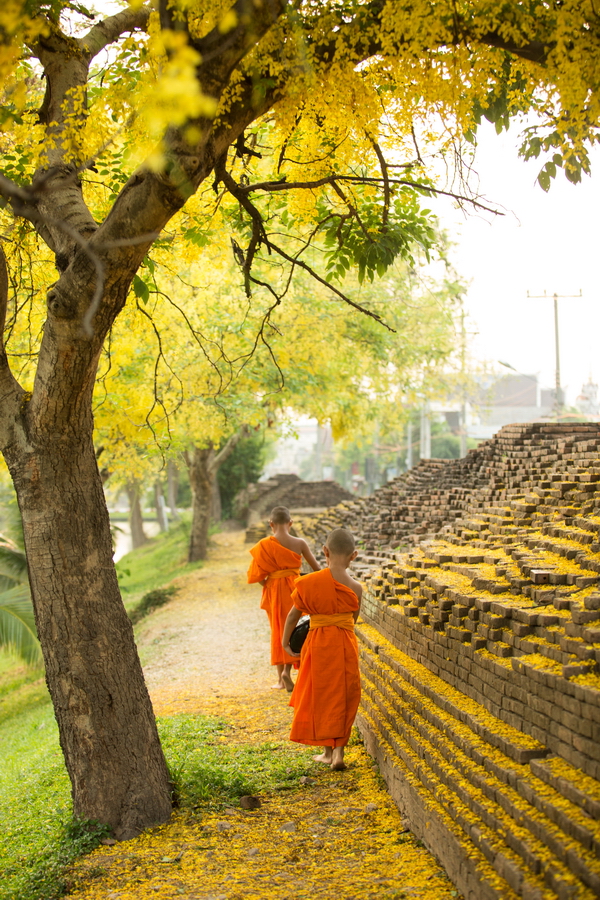