Duang Kwang, the Siamese rhinoceros beetle or fighting bee­tle, Xylotrupes gideon L., is one of the strongest fighters amongst horned beetles. It can be often seen in Chiang Mai at this period of the year. These beetles are found across much of Southeast Asia, India and South Australia. They are used for staging beetle fights, a popular entertainment in the northern city of Chiang Mai. 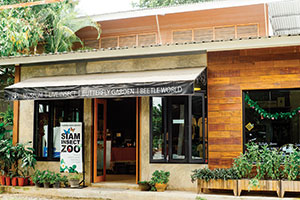 Male beetles can grow to between 5-7 cm long. They are dark red, dark brown or black in color. The owner of the insect trains, and keeps them on sugar cane sticks, which they eat, with a cord on their upper horn, preventing them from escaping. When fighting, the beetle lifts its opponent up by its horns wins. A bug may also win if his opponent walks away, falls, or is overturned. Beetles are stimulated to fight by a special sound imitating the female mating call. 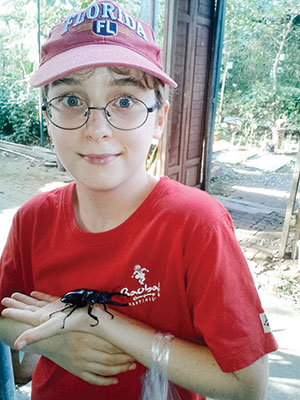 All through the month of October, the Siam Insect Zoo is hosting a “Siamese Beetle Festival” with a visit of the museum, followed by explanations on how to feed and breed the babies and how to take care of the adults.