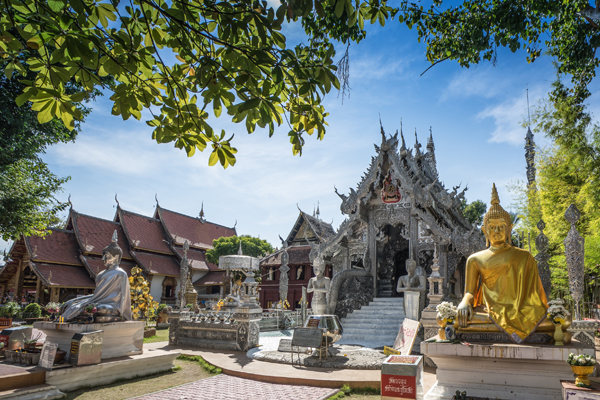 Wualai is well known as Chiang Mai’s traditional silver-making district. A less well known gem is Sri Suphan Temple. The temple is the silver shrine of the city, and the only temple of this kind in Thailand. Hidden south of the old town, this quiet and beautiful temple is located within walking distance of Chiang Mai Gate.

Sri Suphan temple was built in 1502, although little remains of the original temple except the boundary markers (sema stones) around the ordination hall (ubosot). In fact, the chapel is now the focus of the temple and the centrepiece for the silver village. The entire surface of the hall, inside and out, is now being covered in silver. The roof is already covered in silver-plated tiles, and the exterior walls with beaten silver panels. The interior of the temple presents some finely crafted reliefs depicting scenes from Buddhist mythology. Unfortunately, women are not allowed to go inside the main ordination hall, as holy objects and amulets are kept beneath the base of the ordination hall. But the outside of the hall is spectacular and there are hundreds of things to see in the temple area.

Apart from being a famous temple, Wat Sri Suphan is also an important centre for handicrafts. It preserves the tradition of Chiang Mai’s silver-smiths. Techniques are handed down to the new generation at the Ancient Lanna Arts Study Centre, which is located within the temple area. Villagers and monks work together on intricate patterns that decorate the temple.

Meditation is also taught at Wat Sri Suphan by Ajahn Suthep who has been a monk for thirty years.  He taught in English at Buddhist temples in Singapore and Malaysia before moving back to Thailand and basing himself at Sri Suphan temple. 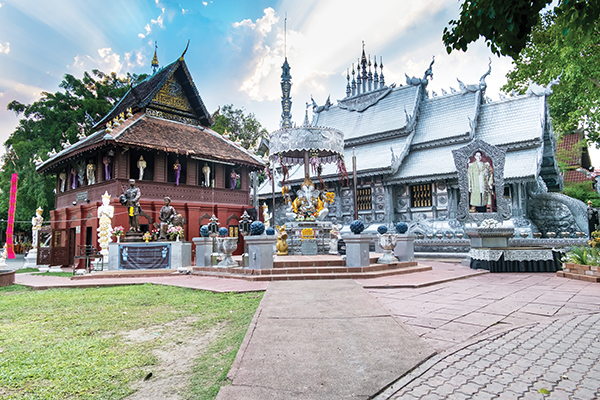 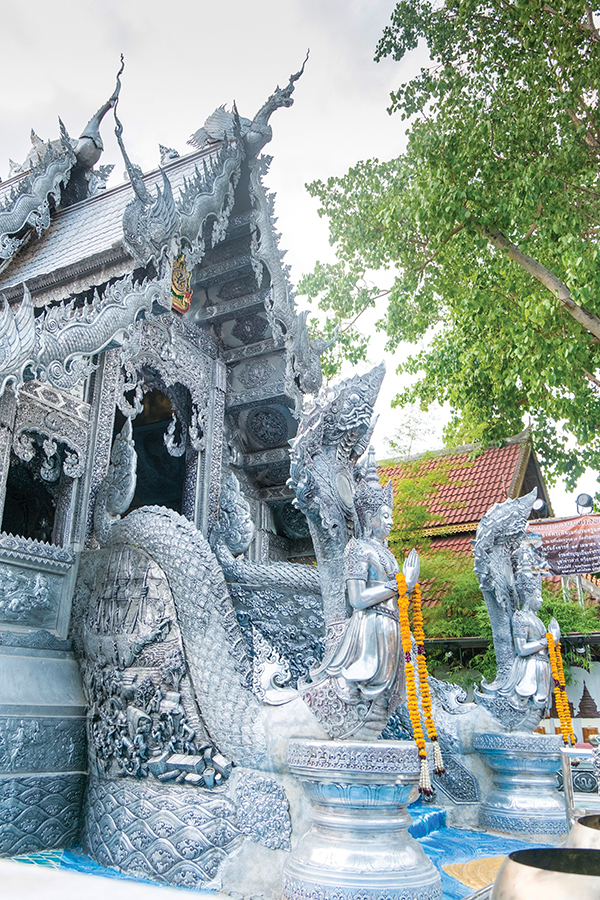 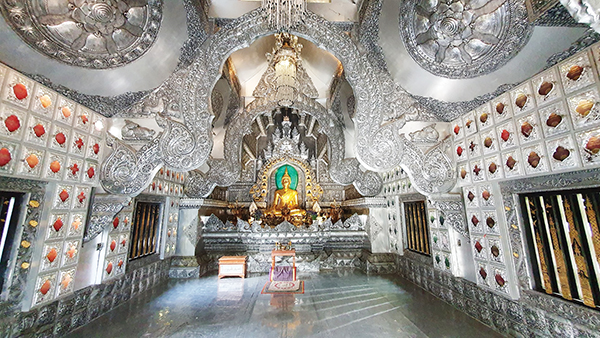 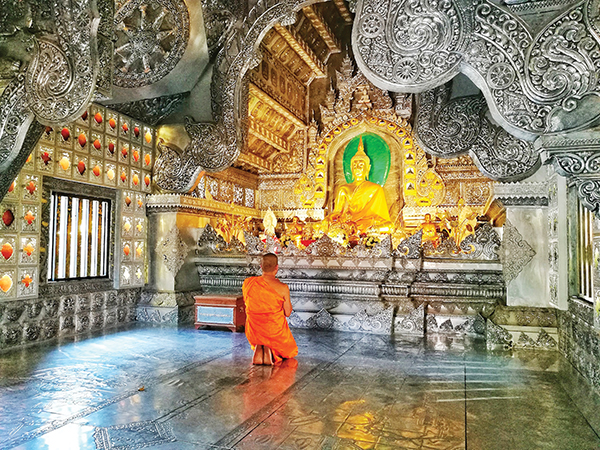 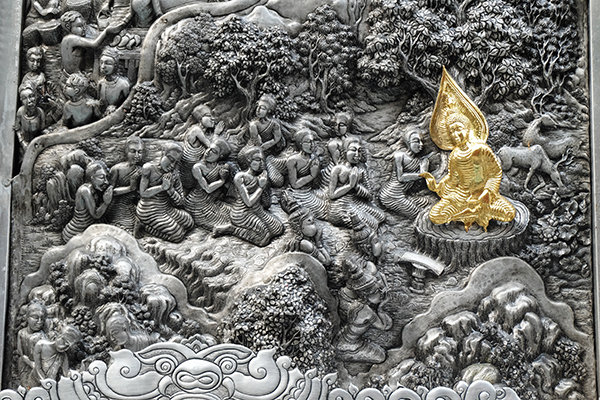 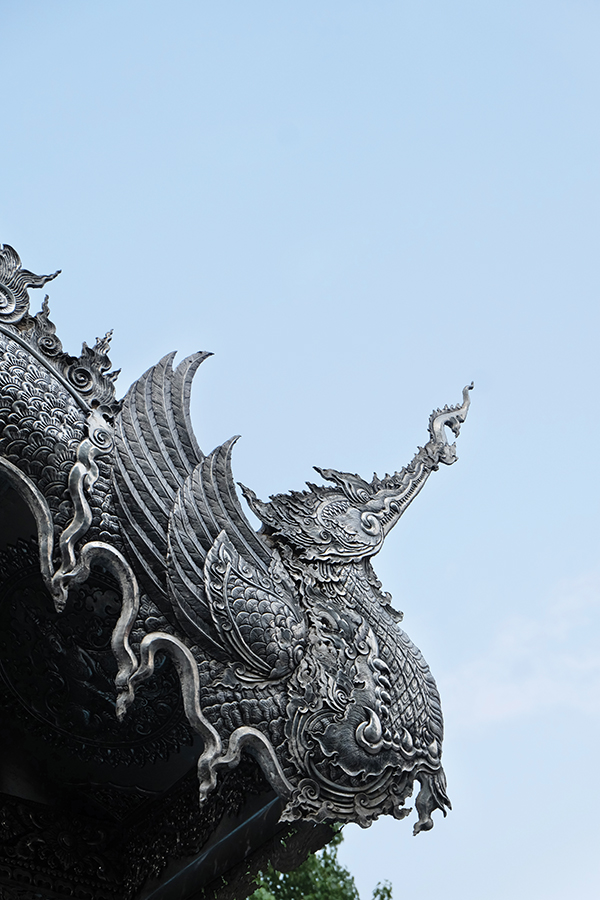 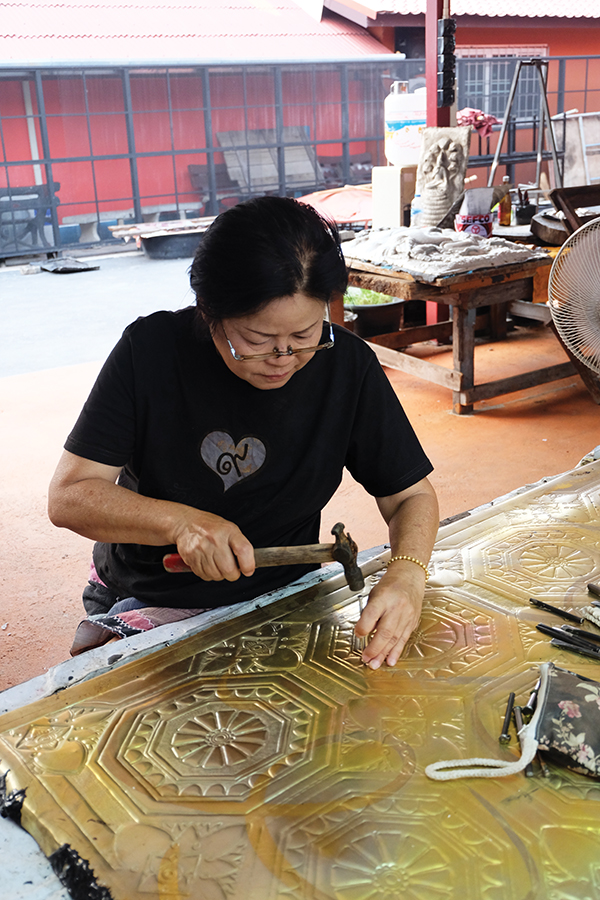