THE BEAUTY - of Lotus Flower 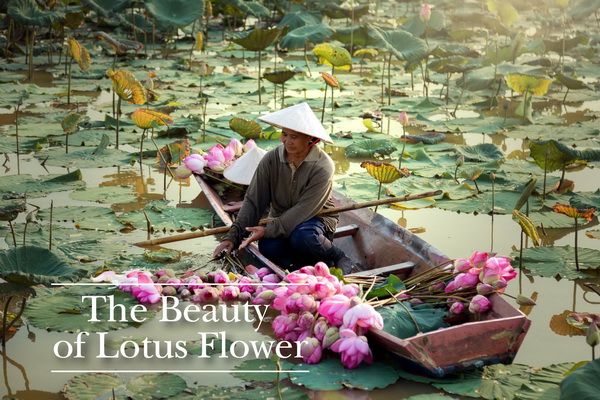 Representing purity, beauty and divinity, lotus flowers can be found extensively throughout Thailand : in ponds, canals, on lakes, and especially in and around temples.
This flower is related to heavenly beings in Thai literature and is accorded a special place in religion.

Lotus flower is call bua in Thai language. But the Thai word has a broader meaning; it is used as the common name for three main varieties of water-lilies. First, bua
luang or pathum (Nelumbo nucifera), which is the lotus as we see it in Thailand; secondly, bua sai or ubon (Nymphae lotus), another kind of water-lily whose leaves float on the water surface and whose stern is edible; and thirdly, bua kradong (Victoria sp.), whose round leaves, also floating on water but turning upwards at the edge, are as large as a dining table and whose flowers have a stronger fragrance than the other two varieties.

In Buddhism, the lotus flower is the symbol of purity, faithfulness and spiritual awakening. The flower germinates in the mud and lifts itself towards the light, representing the act of rising above the water of desire and attachment - the key for achieving spiritual enlightenment.

Though the flower has its roots in the mud, it grows upwards toward the light, representing the aspiration to rise above ones failings and develop greater enlightenment.
This unblemished flower is considered to symbolise enlightenment; art works of the Buddha frequently feature him seated on a lotus flower. The “Noble Eightfold Path” —the Buddha’s guidance for righteous living— is believed to have been based on the eight-fold petals of the sacred flower. The different colours of the lotus flower all have associated symbolism: white represents a state of spiritual enlightenment and mental purity; red symbolises love and compassion; pink is reserved for the supreme deity: Lord Buddha himself.

Lotus flower is also important to other cultures; in ancient Egypt, for instance, the lotus was a symbol of rebirth. It has the power to renew itself as it loses old blooms and adds new ones in a daily cycle, therefore it was commonly used for wall and tomb paintings. In Hinduism, the lotus flower stands for eternity, purity and peace. The national flower of India, the sacred lotus, Nelumbo nucifera, is admired by Hindus who use it among other puja offerings to their deities. Artists often include a lotus in paintings of the gods Brahma and Vishnu and the goddess Lakshmi. 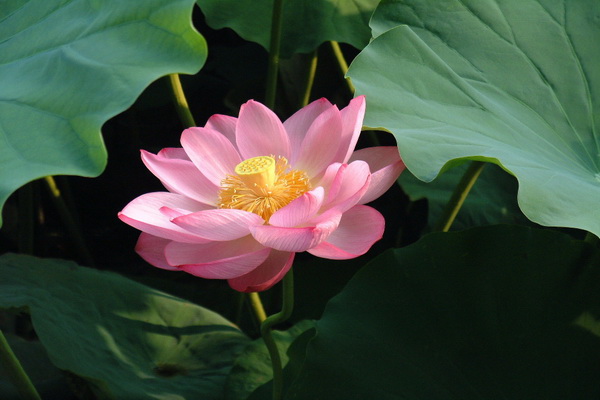 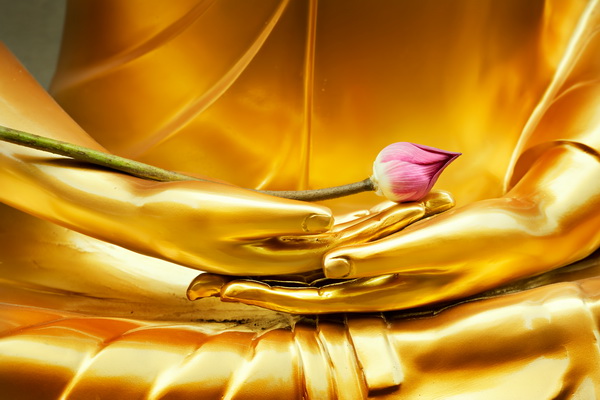 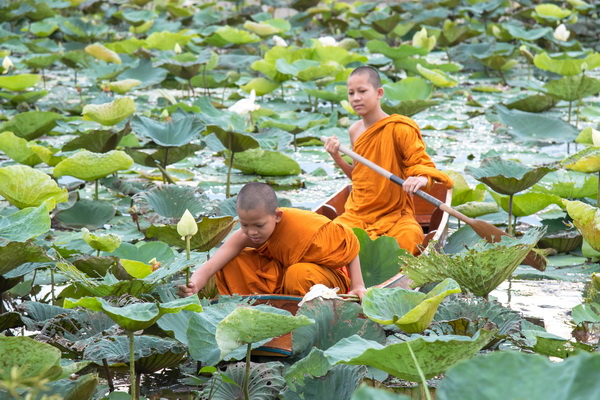 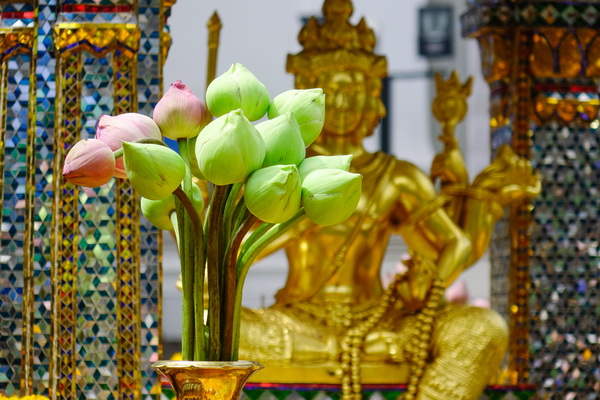 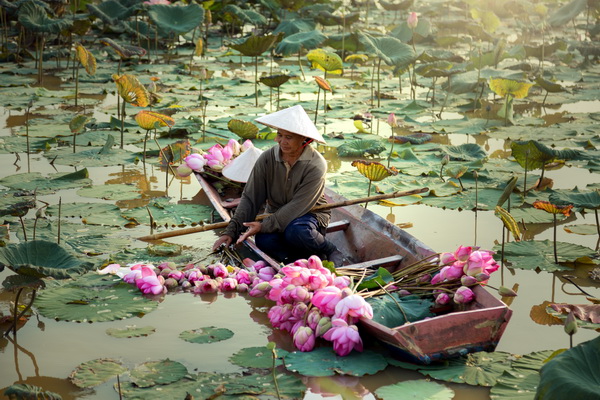