THE WORK OF A LIFETIME - King Bhumibol Adulyadej 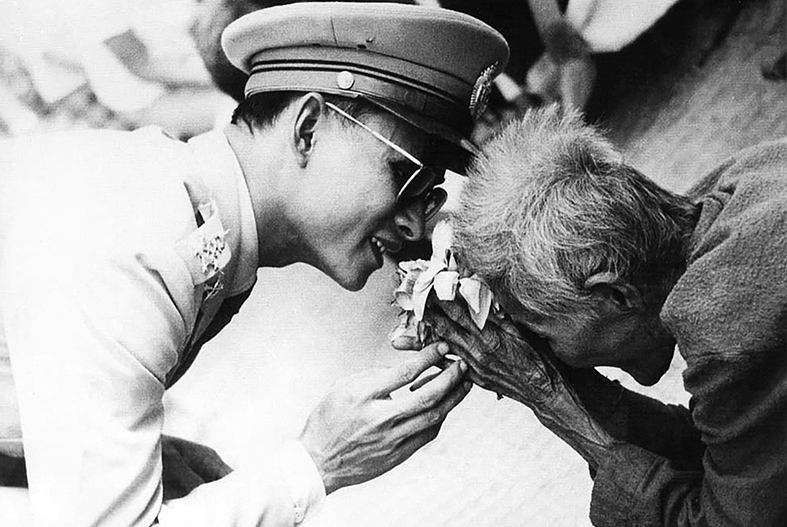 Thailand’s revered monarch, King Bhumibol Adulyadej, Rama IX, passed away at the age of 88, on October 13th, 2016. For seven decades, 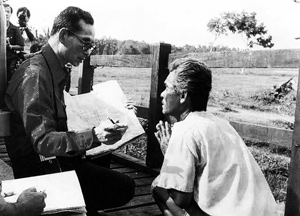 King Bhumibol Adulyadej inspired and encouraged the people of Thailand in countless ways. The world’s longest-serving head of state (70 years), served his people and lived up to his name, which means “strength of the land”.

King Bhumibol Adulyadej is recognised internationally not only as the longest reigning monarch, but also as one of the world’s hardest working leaders. His dedication to the Thai people has won him global admiration. Under his watchful gaze, old Siam grew into the modern Thailand of today. 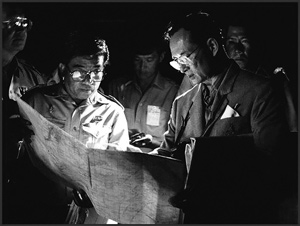 He became the ninth monarch of the Chakri dynasty, or King Rama IX, at the age of 18. “We shall reign with righteousness for the benefits and happiness of the Siamese people.” This declaration, spoken by The King himself at his coronation ceremony, was his first public pledge to promote the welfare of all his subjects. Throughout his 70-year reign he has fulfilled this promise to the letter.

Not only did his words wield profound influence, but his actions also inspired deep respect, while his ideas indelibly shaped the course of Thailand’s development and its peoples’ lives. He worked tirelessly to improve lives and to promote development in rural areas. He was often seen travelling on foot over rough terrain, visiting remote 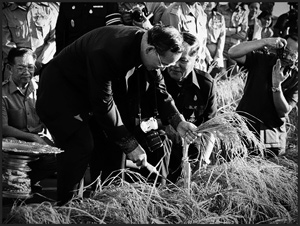 communities with a camera slung around his neck, and a huge map he had compiled in his hands. The result has been more than 4,000 development projects nationwide: ranging from irrigation, farming, conservation, flood and drought mitigation, to drug control, public health and distance learning.

He created the Royal Projects to give farmers and mountain people a chance to move away from growing illicit drugs. This crop substitution project was integral to the decline of opium production along borders with Myanmar and Laos. His pioneering efforts in artificial rain-making changed the lives of countless farmers. 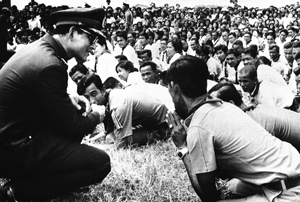 King Bhumibol Adulyadej was also an brilliant musician, composing many wonderful jazz pieces; he was also a scientist with over 20 patents.

According to Buddhist tradition, King Bhumibol Adulyadej’s body zin Bangkok’s Grand Palace in a golden urn, draped in silk, gold and diamonds. The country will observe a grieving period of one year.

“We shall reign with righteousness for the benefits and happiness of the Siamese people.”

Royal Quotes :
“Economic Development must be done step by step. It should begin with the strengthening of our economic foundation, by assuring that the majority if our population has enough to live on... Once reasonable progress has been achieved, we should then embark on the next steps, by pursuing more advanced levels of economic development”.
“Being a tiger is not important. The important thing is for us to have a sufficient economy. A sufficient economy means to have enough to support ourselves... we have to take a careful step backward... each village or district must have relative self-sufficient”.