The Timeless Expertise - of Northern Farmers 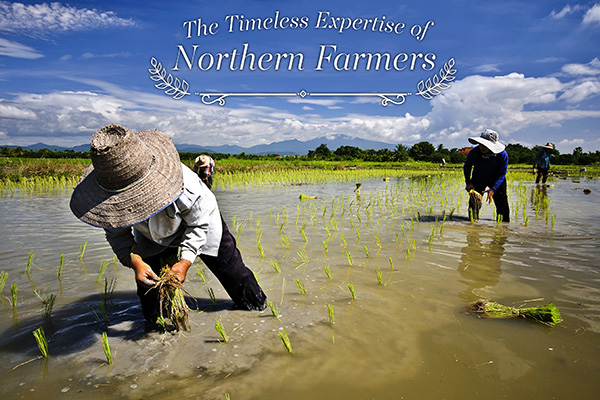 Thai people have an old saying that “In water there is fish; in the field there is rice”, meaning the abundance of food gained from rice and fish in Thailand since ancient times. For Thai people, rice is not only important as the main food that they eat at every meal, it also has an important cultural significance.

The rice planting season in Thailand usually starts in May. Around this time, showers signal the approaching end of the dry season and farmers once more prepare for rice planting as one annual cycle ends and another begins. Since Thai farmers have to wait for seasonal rain to plant their annual rice crop, they are sometimes faced with drought problems, so there might not be enough rainfall for crop growing. Farmers solve this problem by digging canals to channel water into their rice fields. At the same time, they perform some rainmaking rites and other ceremonies to pray for the fertility of the land.

Thai farmers believe that there is a goddess of rice or “Mae Phosop” who guards the rice plants and make them grow well. The farmers thus hold ceremonies to worship the goddess at different stages of rice planting time by offering bamboo baskets of fruit, face powder, and perfume oil. This worship and other ones are believed to make Mae Phosop bless the farmers with a good harvest. Apart from the ceremonies that the farmers perform in their fields, which are different from place to place, there is an ancient royal ceremony that has been performed annually at the Sanam Luang in Bangkok at the beginning of the farming season. This ceremony is called the Royal Ploughing Ceremony and it is presided by Their Majesties The King and The Queen of Thailand to forecast the quality of the future rice harvest. The Royal Ploughing Ceremony is a religious Brahman/ Hindu ceremony, which dates back to the Sukhothai Kingdom (1238-1438). It is held not only to mark the beginning of the farming season, but also to bless all farmers with fertility for the year

Rice cultivation involves numerous steps; that is why the work of Thai farmers should be admired, because it is a very difficult work. Here are the different steps of the rice planting technique:

1. Preparing the land. The farmer and water buffalo drag a heavy plow to loosen up the water-logged soil, and their trampling actions also help to redistribute the valuable nutrients stored in the soil. Prior to planting, a heavy log is pulled across the muddy base to prepare a firm bed for the young seedlings.
2. Transplanting the seedlings. Once the rice field has been flooded and suitably prepared, bunches of bright green seedlings are transported from the tiny nursery beds where they were raised. This work is done entirely by hand - people labouring all day to set out row upon row of tender young plants. The softened mud base facilitates the planting process and seedlings quickly take root in this habitat.
3. Ripening. Through careful management of the water level, the plants flourish, grain heads develop and swell as the sun ripens the swaying stalks. This stage of growth is the least demanding in terms of labour input, but there are always water levels to be controlled, dykes to be repaired and nursery beds to be tended elsewhere in the rice fields.
4. Harvesting. The harvesting of a paddy crop marks the end of a long period of hard labour and no time is lost in cutting the ripened golden stalks lest wild animals or inclement weather threaten

to destroy the season’s effort. Rice stalks are harvested using a sharp sickle; the cutter lays the stalks tenderly on the ground in his wake. Later these will be collected and stacked, prior to threshing. In the old days, water buffaloes played an important role in almost every step of rice planting. Buffaloes and Thai farmers’ lives were closely related in the sense that they lived together. That is to say, when there was work, they worked together. When the owner prospered, the buffalo prospered along and became plump and full. And when a drought or flood befell, the difficult times were shared by the owner and the animal. Buffaloes were helpful in various kinds of labour, from ploughing, harrowing and threshing to husking rice before tractors were introduced to farmers in later generations.

Rice is very important to Thai people, it is everywhere in daily life: farmers sleep on rice straw, drink rice liquor and offer rice to Buddha. Rice is also in music, particularly folk songs. Thai classical dances and folk ballads tell stories of rice farming and can still be seen and heard these days. If you happen to go to a kantoke dinner you will have the pleasure of witnessing the traditional dance of the harvest. Driving in the mountain of Chiang Mai, you will probably see beautiful rice fields along the way. Read our “Visit Story” about Pa Pong Piang Rice Terraces on page 32 and discover a wonderful place to visit for photo shots.

Jasmine White Rice - Hom Mali Rice This is the most famous rice of the country. It is unique for its fragrance and softness, it is also the most exported in the world.

Red Rice - Hom Daeng Rice. The redness of this rice is caused by mutations of Jasmine rice 105. It gets its rich colour from an antioxidant called anthocyanin, which is also found in deep purple or reddish fruits and vegetables. It is believed to have properties that can reduce inflammation, allergy, prevent risks of cancer and help in weight management.

Brown Rice - Khao Kong Brown rice has a similar nutritional profile to red rice, including the harvesting process but it is easier to find around the world. Brown rice is a great source of fibre, vitamins B, calcium, zinc and iron, manganese and magnesium.

Sticky Rice - Khao Niow Sticky rice, also called glutinous rice, is a staple in Southeast Asia cuisine, and can be steamed or boiled for use in recipes. It is full of essential minerals and vitamins.

Riceberry - Khao Riceberry The grain is dark purple, long and round and when cooked soft and fragrant. It is yet another variety with high nutritional value, rich in antioxidants such as beta-carotene, vitamin E, tannin, as well as zinc and folic acid. 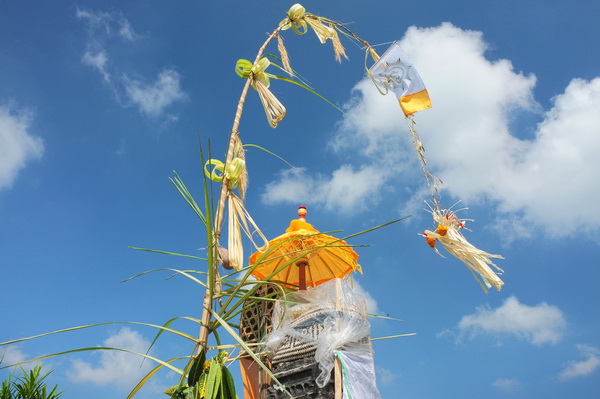 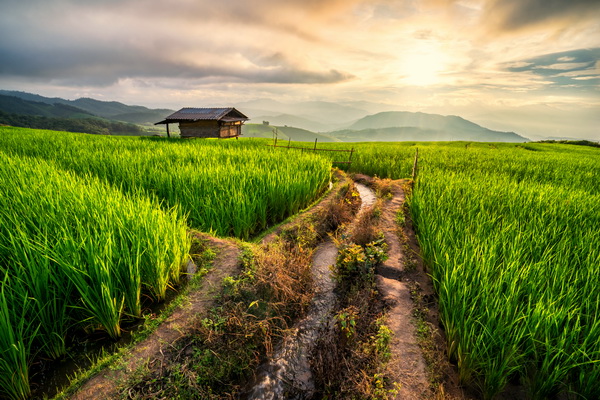 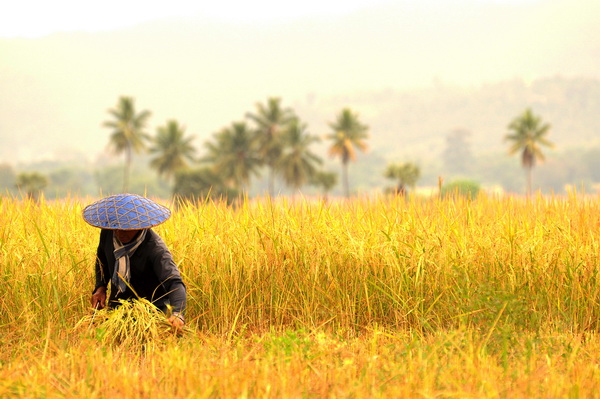