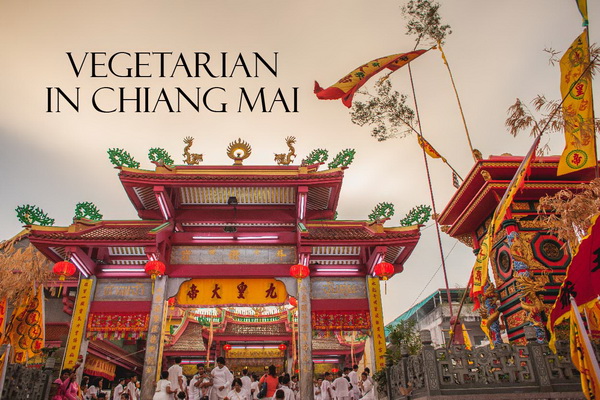 This October will see the celebration of the Vegetarian Festival, also known as The Nine Emperor Gods Festival. This nine-day Taoist celebration is famous amo-ngst Chinese community in Thailand and around Southeast Asia to obtain good health and peace of mind. It usually falls in the month of October and this year will be celebrated from 8 to 17.

Running for nine days, this festival is largely observed in South-East Asian countries like Thailand, Myanmar, Singapore, Malaysia, Southern Vietnam, and Indonesia. Though the origins of the festival are unclear, it is commonly thought that the festival was brought to Phuket by a wandering Chinese Opera group who fell ill with malaria while performing on the island. They decided to adhere to a strict vegetarian diet and pray to the Nine Emperor Gods to ensure purification of the mind and the body. To everyone’s amazement the opera group made a complete recovery and since then the festival is celebrated each year.

During nine days, devotees not only give up meat, they also respect very strict practices such as to wear white clothes, behave appropriately mentally and physically, pray at the temple evvery day. In Phuket, some of the devotees also have a belief that while they observe the festival they cannot feel the pain and so they practice self-mutilation in the form of piercing their cheek with swords, walking on hot coals and climbing ladders made of knife blades. This part of the festival, celebrated only in Phuket, attracts thousands of visitors who come from around the world.

Meanwhile, in Chiang Mai and all other cities of Thailand, the festival is known locally as “Kin Jay” festival, which can be translated in English as “Eat Vegetarian

Food”. In the city, many restaurants (usually owned by Chinese people) will switch to selling vegetarian food only and the city will allow temporary street stalls to sell a wide variety of vegetarian dishes from fried vegetables to noodle soup, rice and cakes.

During the vegetarian festival, yellow and red flags signal when a shop or stall is selling food in line with the festival regulations. The cooking style has style regulations such as no meat, no garlic, no other ingredients with strong taste and many more. In Chiang Mai, it will be easy to find this kind of food: every market will have stands selling this kind of cuisine and Chiang Mai China Town will hold special ceremonies at the Chinese temple, vegetarian food stalls will be set all around;

If you are a vegetarian, vegan or you just enjoy eating vegetarian cuisine once in a while, you will be happy to know that Chiang Mai is a vegetarian paradise! So here is a short list of some of the most famous and delicious vegetarian restaurants, open all-year round:

- Free Bird Cafe is a delightful vegan cafe and social enterprise that supports a language and arts community learning centre for Burmese refugees. They are 100% vegan (@

- The Vegetarian Stand at Maya Food Court Delicious, cheap and they are so nice. (@ Maya Dep. Store, Nimman Rd).

- Vegan Heaven is a nice little restaurant on Loy Kroh road (close to the Night Bazaar); 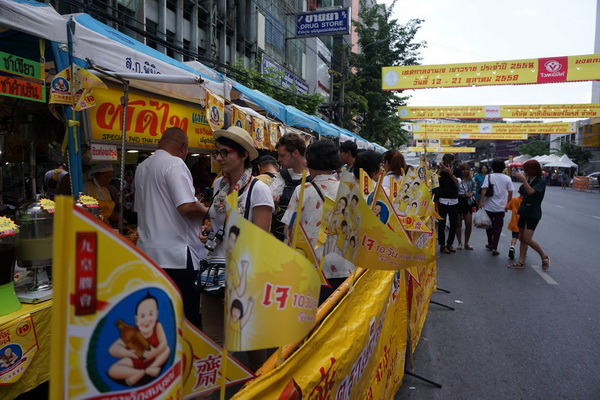 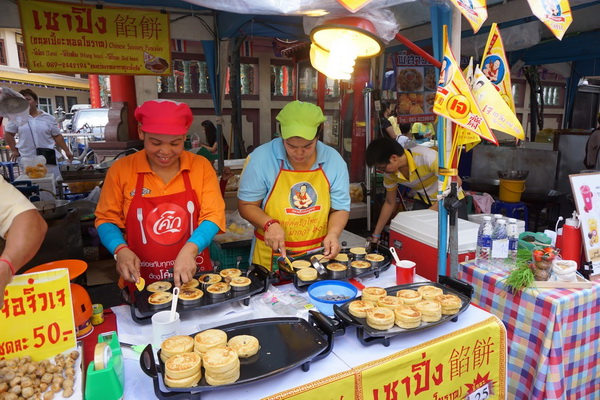