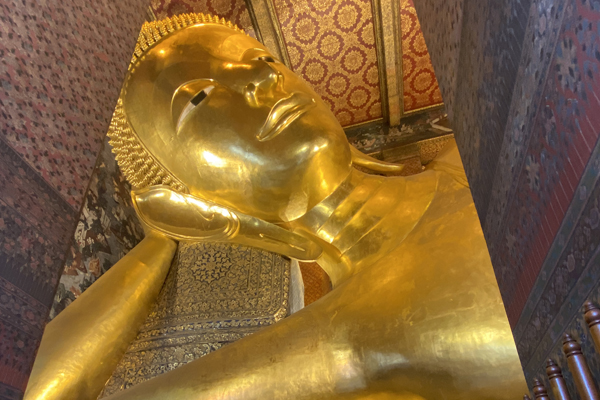 Wat Pho is one of the largest and oldest temples in Bangkok, covering an area of 80,000 square metres. It is also known as the “Temple of the Reclining Buddha”, with a golden image of Buddha named Phra Phuttha Saiyat, reaching 46 meters long and 15 meters high.

This religious complex consists of two walled compounds; the larger is opened to visitors and contains the finest buildings dedicated to the Buddha, including the bot with its four directional viharn, and the temple housing the reclining Buddha. The second compound contains the residential quarters of the monks and a school.

Wat Pho was the first public university in Thailand, specialising in religion, science and literature. It is now more well-known as a centre for traditional massage and medicine.

During the reign of King Rama III the temple complex was renovated and enlarged which took over 16 years to complete.

The temple grounds contain four great chedis, dedicated to the first four Kings of the Chakri dynasty and with some of the ashes of King Rama I through King Rama IV’s interred within the chedis. The grounds also contain 91 small chedis, two belfries, a bot (central shrine), a number of viharas (halls) and various buildings such as pavilions, set in gardens, the temple museum, and a Thai traditional massage musuem. Architecturally the chedis and buildings in the complex are different in style and size. A number of large Chinese statues, some of which depict Europeans, are also found in the complex, guarding the gates of the perimeter walls as well as other gates in the compound. These stone statues were originally imported as ballast on ships trading with China.

The highlight for most people visiting Wat Pho is the Reclining Buddha. The statistics are impressive: 15 metres tall, 46 metres long, so large that it feels like it’s been squeezed into the building. The Buddha’s feet are 5 metres long and exquisitely decorated in mother-of-pearl illustrations of auspicious lakshanas (characteristics) of the Buddha. The number 108 is significant, referring to the 108 positive actions and symbols that helped lead Buddha to perfection.

After a walk around the temple, head to the Thai massage museum and learn about the very delicate details behind this renowned technique. Thai Massage is quite different from most other forms of therapeutic massage and tends to be invigorating rather than relaxing, incorporating yoga style postures to relieve stress and improve blood circulation. This is a very popular activity to do at Wat Pho temple, so we recommend you pop in before your treatment to book a spot, or you might end up with a long wait.

How to get to Wat Pho:

Wat Pho Temple is situated on Maharat Road, close to the river (within a kilometre south of the Grand Palace) in the Old Town (Rattanakosin).

You can easily get there on the MRT Blue Line, Sanaam Chai MRT Station. After you arrive at this station, simply walk north for 5-7 minutes to get to the entrances to Wat Pho. Note that Wat Pho has two entrance for visitors; from the MRT station the south entrance is slightly closer. 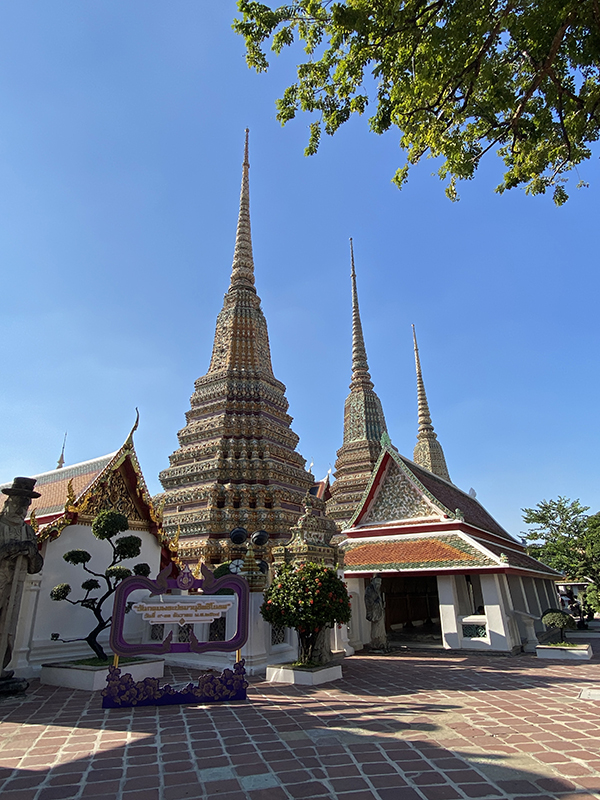 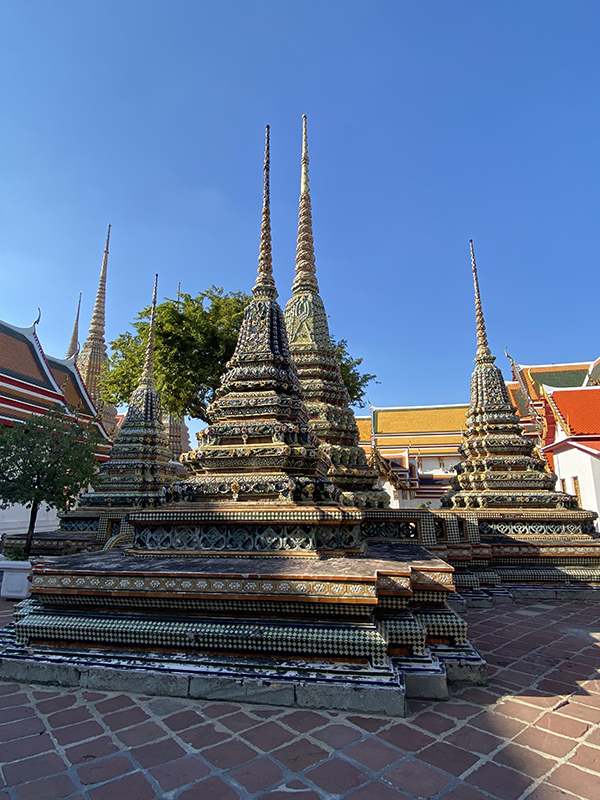 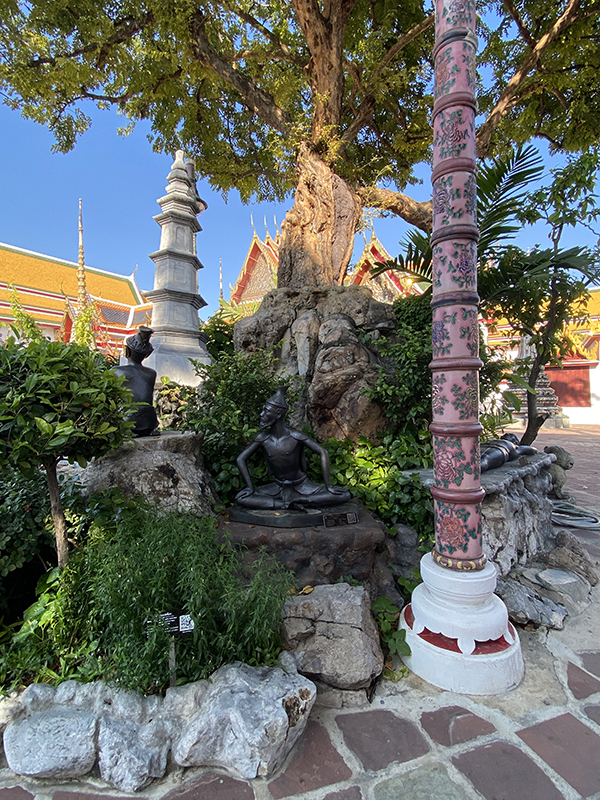 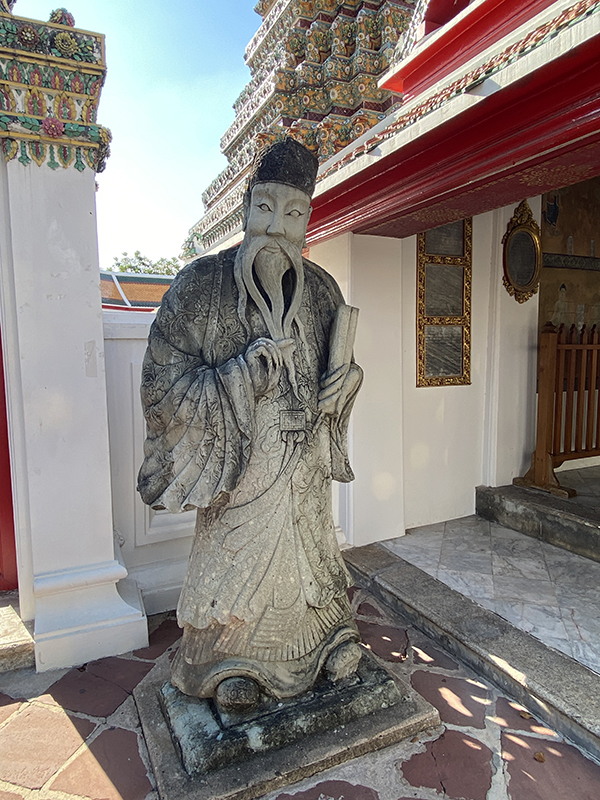 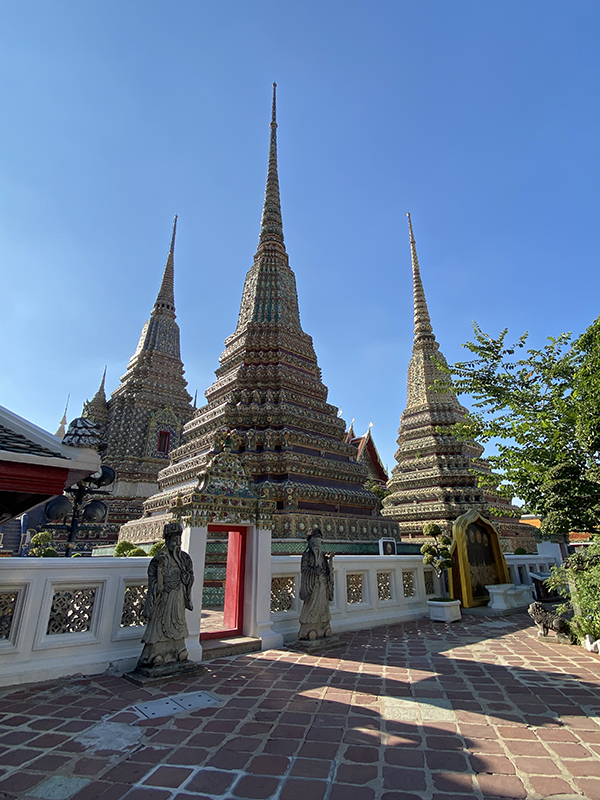 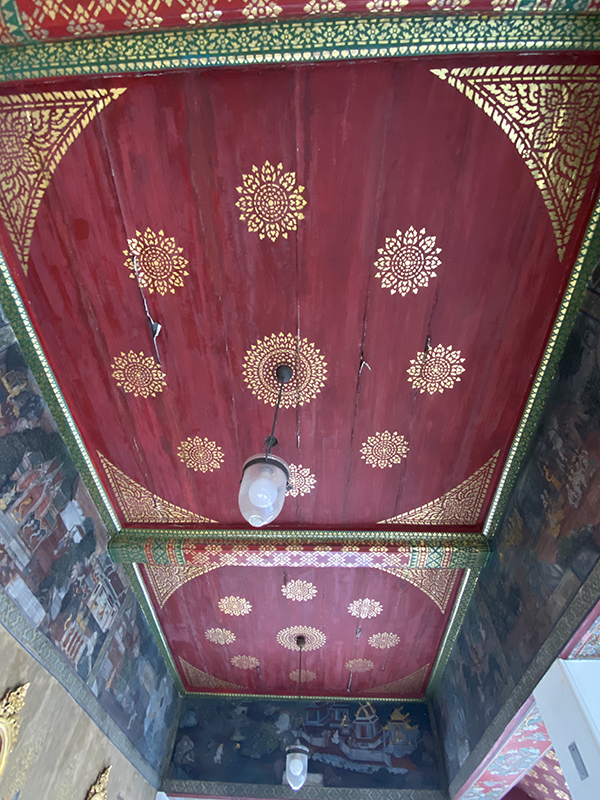 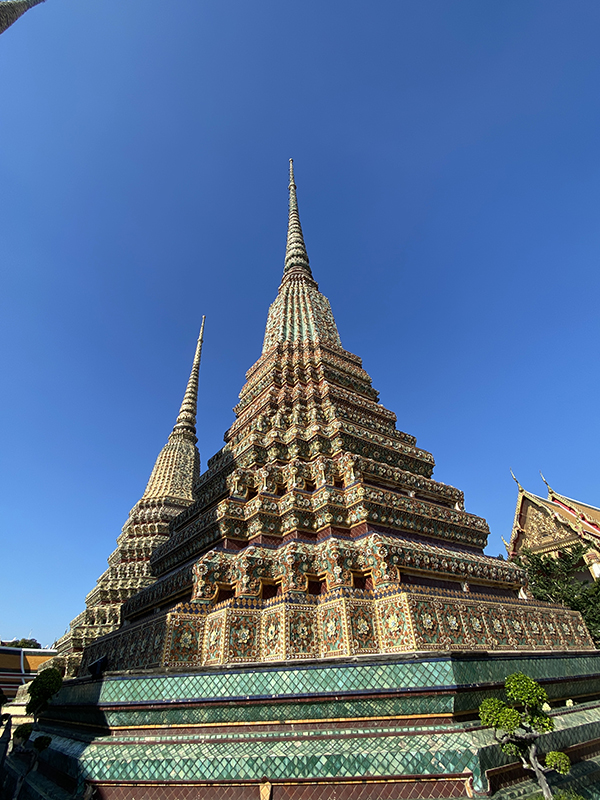 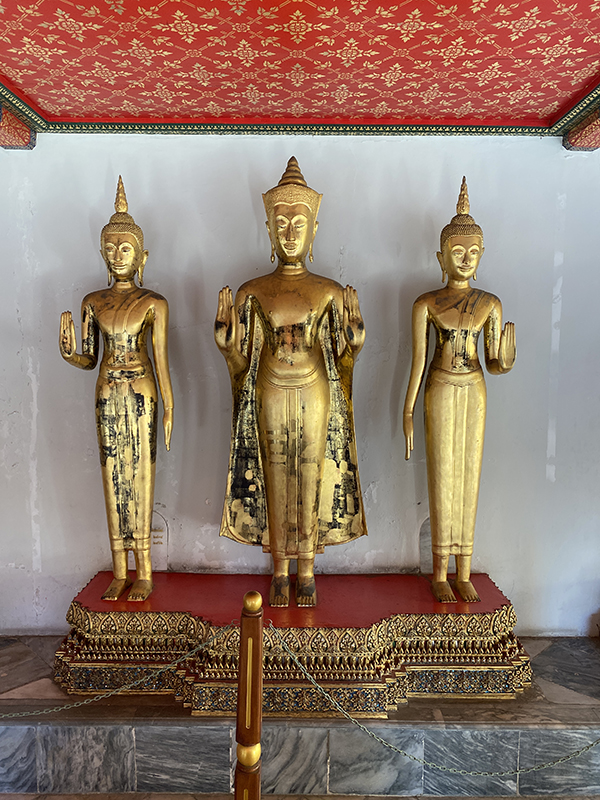 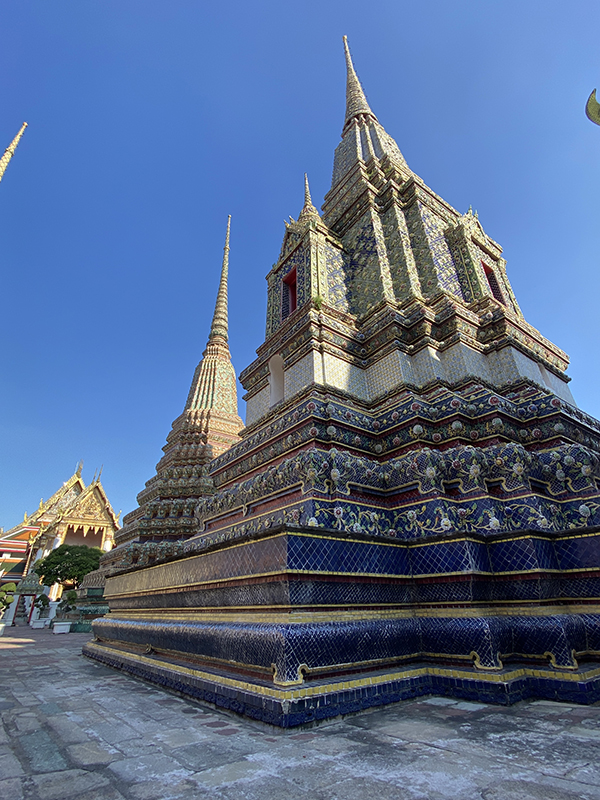 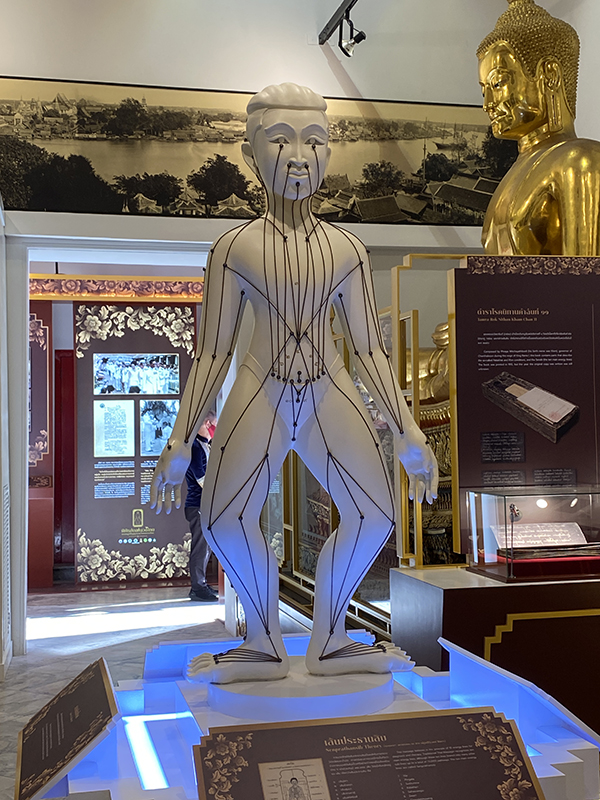 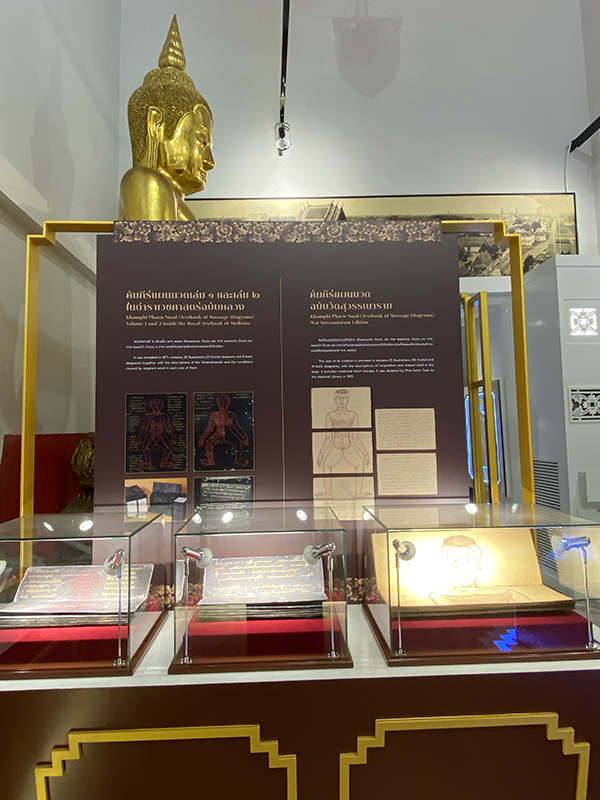 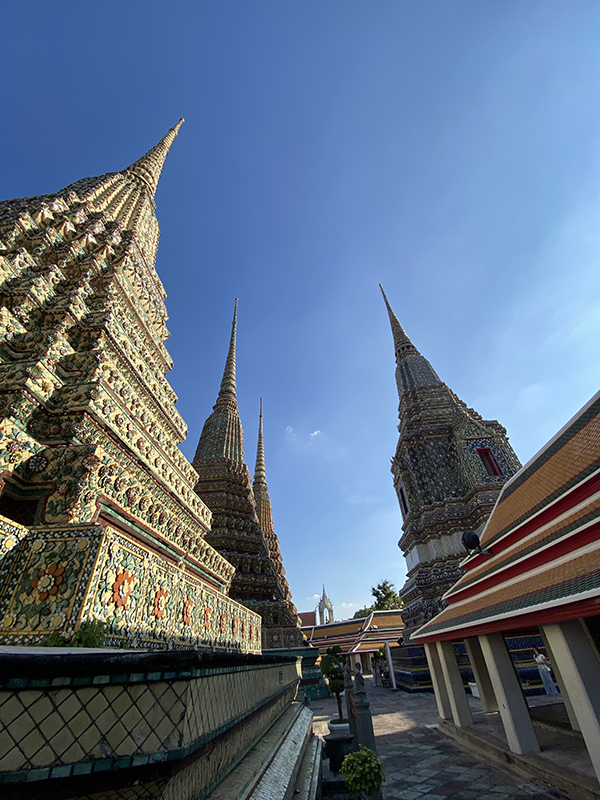 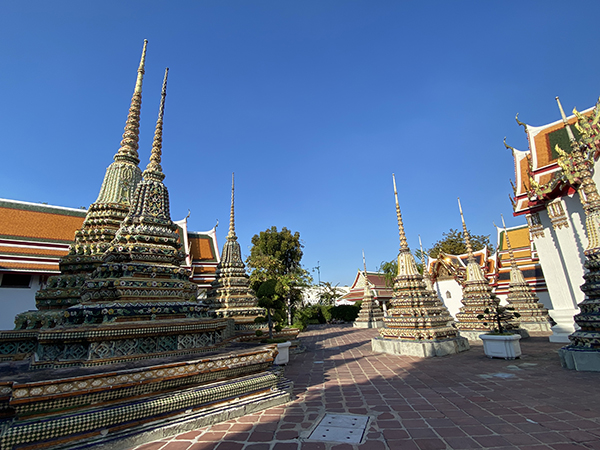 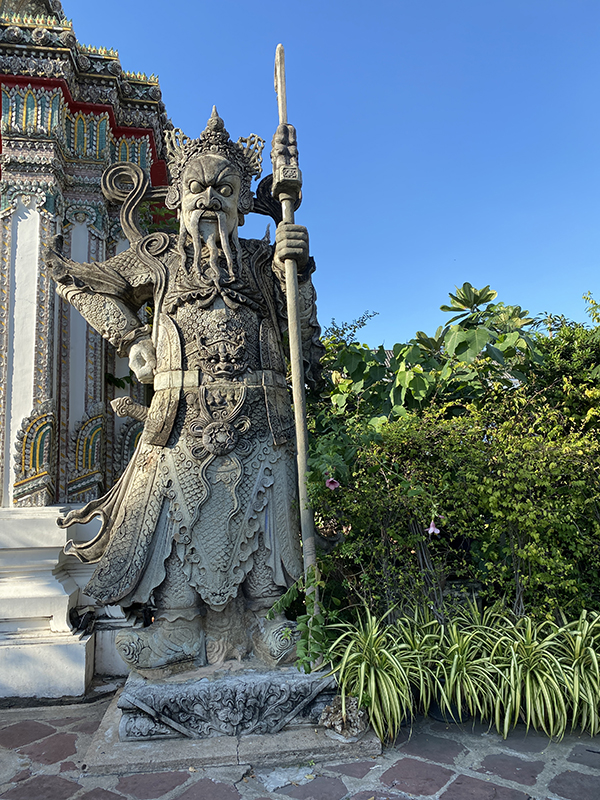 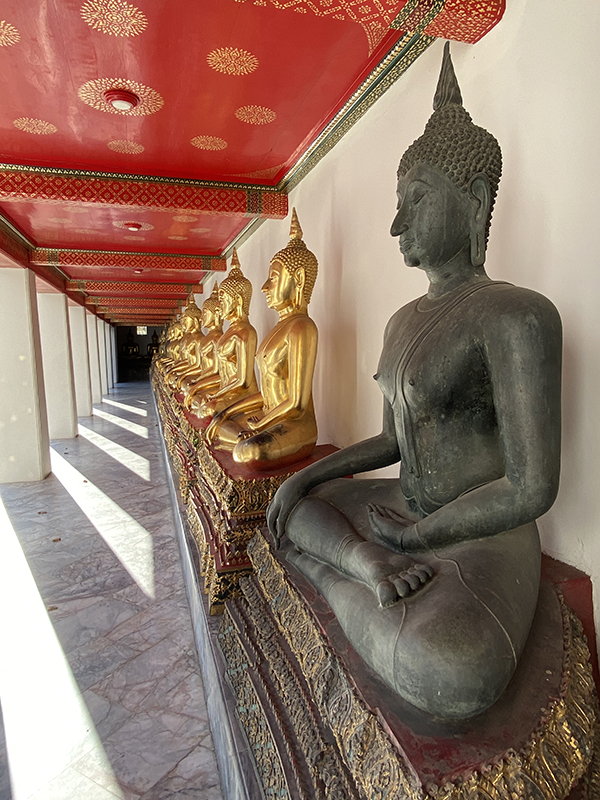 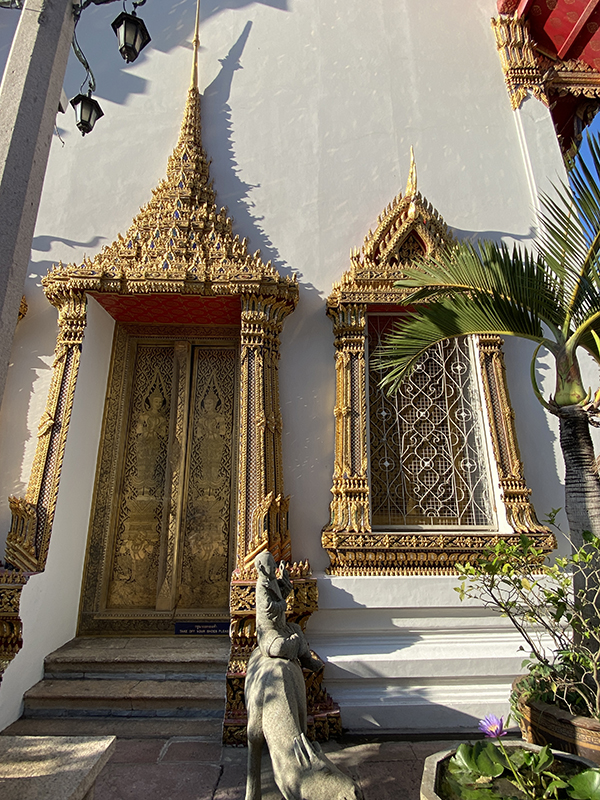 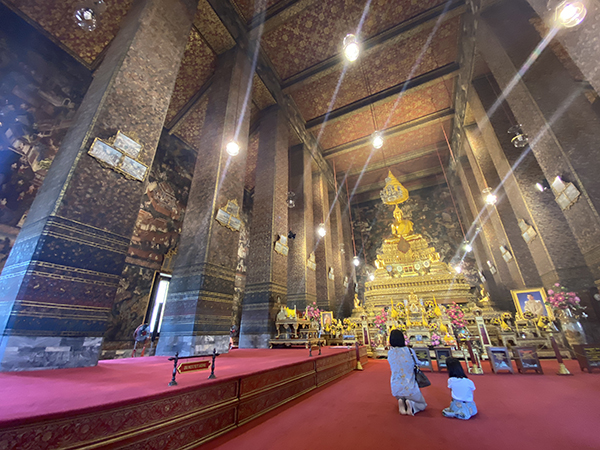 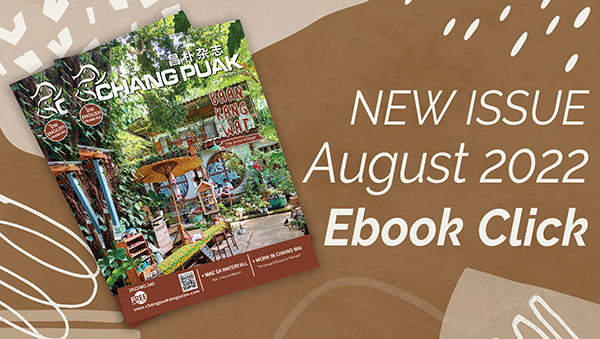